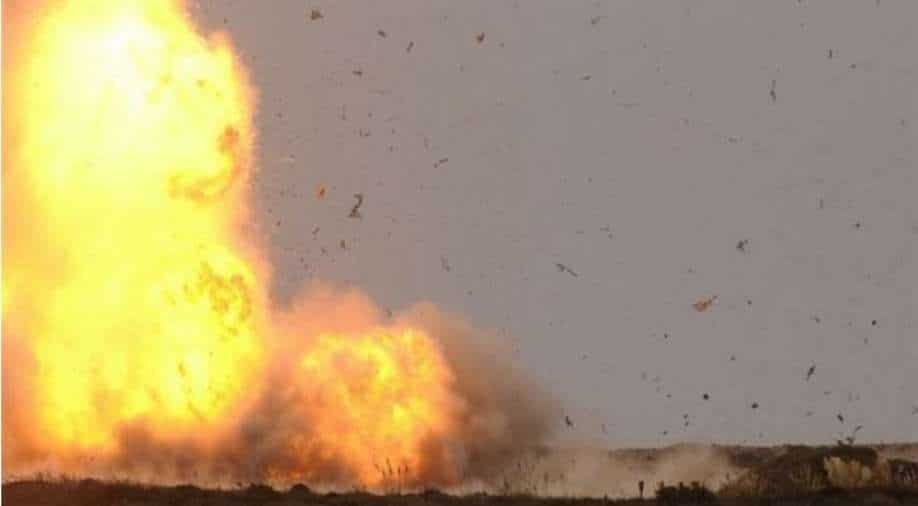 The vehicle was carrying more than 30 Chinese engineers to the Dasu dam site in Upper Kohistan when it was attacked.

A bus transporting Chinese engineers was targeted in a bomb blast in Upper Kohistan, killing at least 13 people and injuring over 39 others, local sources told WION.

It was unclear whether the explosion was caused by a roadside device or anything planted inside the bus at the time.

Seven Chinese nationals, two paramilitary troops, and four locals were killed, according to the sources. 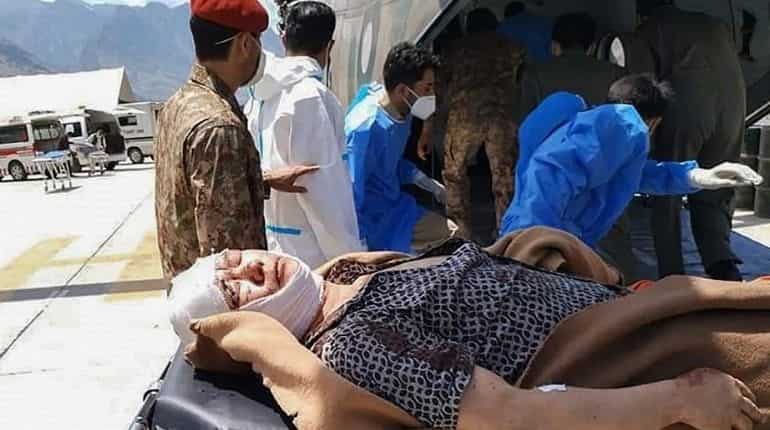 Soldiers move from an army helicopter an injured Chinese national after a bus fell into a ravine following a blast killing 13 people, at a military hospital in Gilgit, on July 14, 2021/AFP

"The bus plunged into a deep ravine after the blast and caused heavy losses. One Chinese engineer and one soldier are missing. The rescue operation is launched and the entire government machinery has been mobilised to rescue the injured by air ambulance," a senior government official said on condition of anonymity.

The bus was transporting more than 30 Chinese engineers to the Dasu dam site in Upper Kohistan.

China has asked Pakistan to thoroughly investigate a bus blast .

The Chinese foreign ministry condemned the blast, expressed condolences, and asked Pakistan to protect the safety of Chinese personnel, institutions, and projects.

The dead and injured, including the Chinese engineers, were brought to the Regional Health Centre in Dasu, about 10 km (6 miles) from the site of the blast.

The Dasu hydroelectric project is part of the China-Pakistan Economic Corridor (CPEC), a $65 billion investment plan aiming at connecting western China to the Gwadar seaport in southern Pakistan as part of Beijing's Belt and Road Initiative.

For several years, Chinese engineers and Pakistani construction workers have been working in the location where the explosion occurred on the Dasu hydroelectric project.