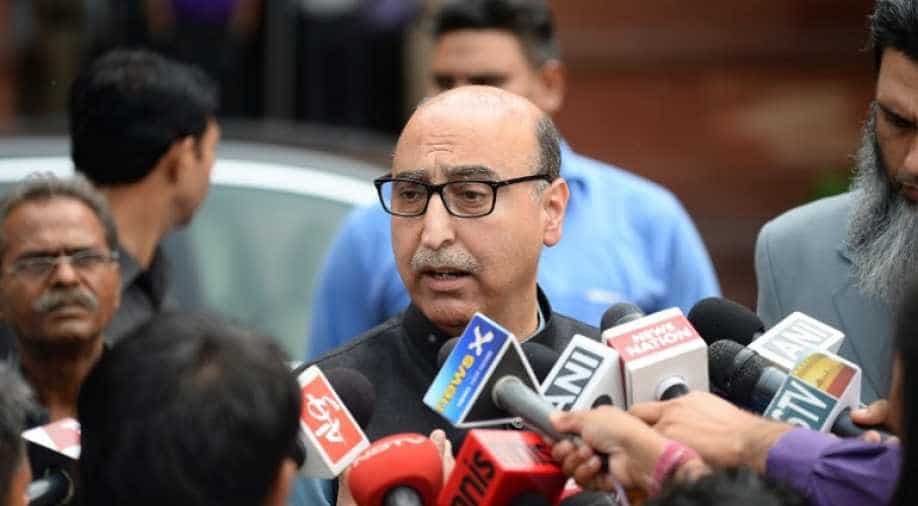 Basit was called in by Foreign Secretary S Jaishankar to convey India's strong views on the incident. Photograph:( AFP )

Basit was called in by foreign secretary S Jaishankar to convey India's strong views on the incident, the external affairs ministry said.

The Indian Director General of Military Operations (DGMO) Lt Gen A K Bhatt, on Tuesday, conveyed to his Pakistani counterpart that such a dastardly and inhuman act merits unequivocal condemnation and response.

The Pakistan Army, on Monday, had denied India's charges that it mutilated the bodies of Indian soldiers.

"Pakistan Army did not commit any ceasefire violation on LOC or a BAT action in Buttal sector (Indian Krishna Ghati Sector) as alleged by India. Indian blame of mutilating Indian soldiers' bodies is also false," the Inter Services Public Relation (ISPR) said in a statement.

A statement from India's foreign ministry said, "Blood samples of the Indian soldiers that have been collected and the trail of blood on Roza Nala clearly shows that the killers returned across the Line of Control."

Naib Subedar Paramjeet Singh and BSF Head Constable Prem Singh were slain by Pakistan Border Action Team (BAT) by sneaking 250 metres into Indian territory in Poonch of Jammu and Kashmir on May 1.