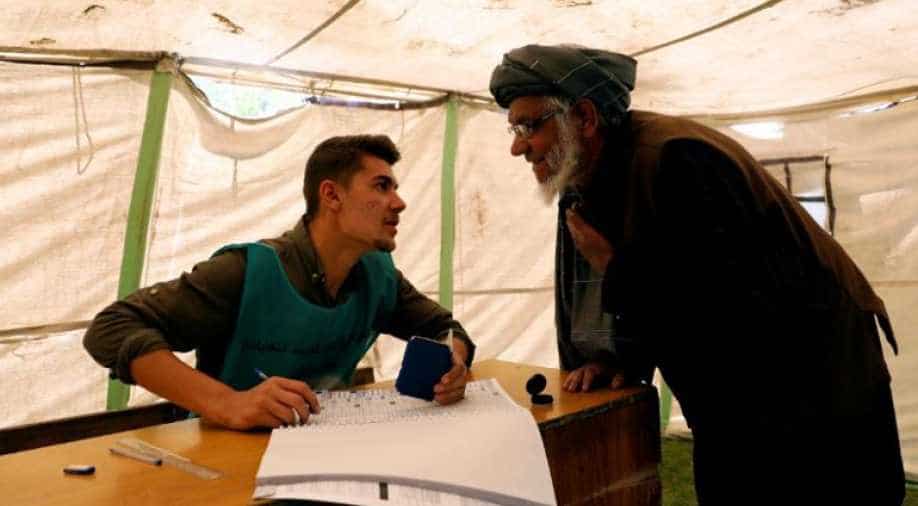 An Afghan man arrives at a voter registration centre to register for the upcoming parliamentary and district council elections in Kabul on April 23, 2018. Photograph:( Reuters )

More than 3.4 million people across Afghanistan have registered their names to vote ahead of the October elections, confirmed officials of the Independent Election Commission of Afghanistan (IEC).

The IEC has also extended the voter registration process for another ten days.

However, elections monitoring groups and former heads of the IEC have alleged that the election commission does not have credible documents to substantiate as to how many people have genuinely registered.

Meanwhile, it has been reported that Afghan CEO Abdullah Abdullah`s office has asked the IEC to step up the process of creating the voter database.

"The commission has enough time to enter all those names who registered into the database," said the CEO`s deputy spokesman Jawed Faisal.