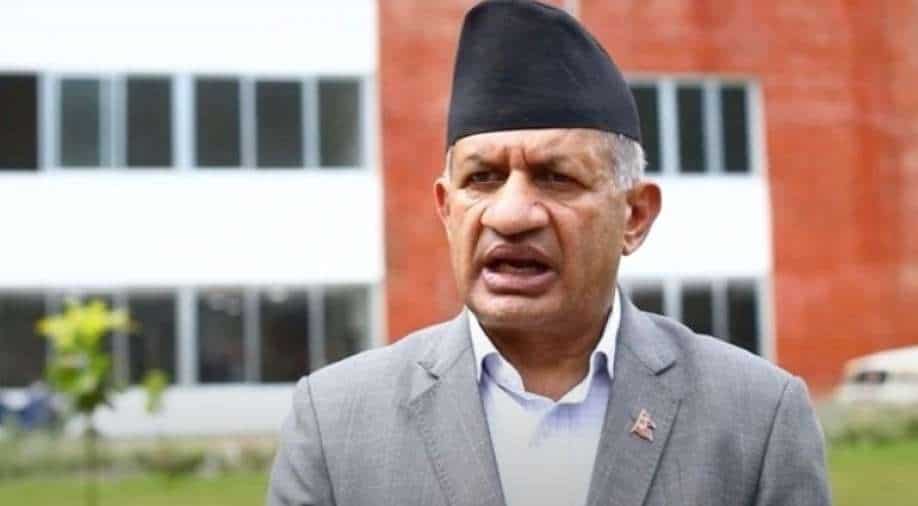 Pradeep Gyawali spoke on the rise of Chinese influence in Nepal, as well as charges of encroachment into Nepalese land and Nepal's unwillingness to fund the US government's Millennium Challenge Corporation (MCC).

Former Nepali Foreign Minister and senior leader of the CPN-UML party, Pradeep Gyawali, stated there is no proof of a border dispute between Nepal and China, despite claims of 11 Chinese structures being built on the Nepali side of the border in Humla district.

Pradeep Gyawali discussed the rising Chinese influence in Nepal with WION's Nepal correspondent Saloni Murarka, as well as allegations of encroachment into Nepalese territory and the reasons for Nepal's refusal to support the United States government's Millennium Challenge Corporation (MCC).

Here are some excerpts from the interview:

WION: How would you describe the current state of Nepal-India relations?

Pradeep Gyawali: India-Nepal relations are on the right track, especially during the tenure of our former Prime Minister, KP Sharma Oli. We were able to concentrate on development partnerships and accelerate economic collaboration between the two countries. Thanks to the strong leadership of both sides, some significant projects were completed at that time, like the first ever cross-border pipeline, the Motihari-Amlekhgunj pipeline, the integrated check post, and post-earthquake construction. Some of these projects were completed on the right track.

There are outstanding issues between Nepal and India, and the previous government (Oli-led government) had started to resolve them through diplomatic discussions and channels. After the government changed, I am wondering whether those discussions and negotiations are in right track or not.

WION: How do you view China's growing influence in Nepal?

Pradeep Gyawali: I don’t think so. Nepal has two neighbors, and we want to benefit from the rapid economic growth of both these neighbouring countries. It is in Nepal’s favour or interest that it should be linked closely with both neighbouring countries and take advantage of their technological innovation, big markets, and rapid, dynamic economies. It is in Nepal’s best interest to be truly connected to both countries. So, if there is an increase in Chinese investment, you cannot say that it is Chinese influence. Nepal always pursues its own independent foreign policy, so there is no question of foreign influence either on this side or that side.

WION: There have been reports of China encroaching into Nepalese territories. Any comment?

Pradeep Gyawali: It has not been verified and properly examined. Though the current government formed an investigation team, they went to the so-called disputed area, and they submitted their report. But there is no evidence that there was any kind of encroachment. Because the boundary between Nepal and China had already been settled, back in 1961, 1962, and 1963, There is no evidence of a border dispute between Nepal and China.

WION: What do you have to say about China’s new land border security law?

Pradeep Gyawali: Every country has the right and authority to preserve its national interest. If some countries feel that there are some new measures to be introduced, it’s up to them. So far, Nepal has not felt any inconvenience from the new law. If in the future, there are some problems, misunderstandings, and obstacles between the two countries, we will definitely discuss and find some ways out.

WION: Do you think Nepal’s inability to endorse the MCC compact reflects China’s influence in the country?

Pradeep Gyawali: Due to the double standards of some Nepali political leaders, this issue has become unnecessarily complex. When the MCC compact was signed in 2017, there was a coalition government of Congress and Maoist Centre, and those leaders have again formed the government. They do not have clear views in that regard. On one hand, Prime Minister Sher Bahadur Deuba is time and again making commitments to be ratified by Parliament, but former PM Pushpa Kamal Dahal (Prachanda)'s views are not clear and he is supposedly not in favour of the agreement. So, due to dual standards, this issue has been complicated. I don’t think so there is any kind of external factor which is creating the delay for the parliament ratification.

WION: What do you have to say about reports stating Chinese intelligence is spreading false propaganda on MCC in Nepal?

Pradeep Gyawali: It is up to Nepali politicians, political parties, and parliament to decide whether it should be passed or not. If MCC is in favour of Nepal’s development imperatives and Nepal’s interests, they should move forward. Otherwise, without any external influence, they should clearly take a position. There may be global contests between big nations, but Nepal should take an objective, independent position on such issues. So, the major reason for this type of complexity is the ambiguity and more self-centric approach of some politicians. I don’t think there is any kind of external influence, and if that is the case, then we should discard them. What type of grant Nepal should receive and what conditions it should accept is totally the sovereign choice of the people of Nepal and the nation. So, no external factor should be decisive in that regard.

WION: In your opinion, why haven't there been any major BRI projects in Nepal?

Pradeep Gyawali: We signed BRI in 2017 and in 2018, during my official visit to China, we formulated the Nepal-China corporation under BRI, which is the Trans Himalayan Multi-dimensional Connectivity Network, which incorporates cross-border railways, cross-border roadways, aviation, sports and many more. Then we had an intense discussion on possible projects under the BRI, and now we have identified nine big projects under the BRI, incorporating cross border railways and cross-border roadways. Some of the projects were signed during Xi Jinping’s visit to Nepal in 2019, but as the world was hit by the COVID-19 pandemic, Nepal was also one of the most affected countries at that time, so cross-border transportation and cross-border travel were almost stopped. Those technicians who were supposed to be here to present the details of the trajectory code for projects could not travel due to the COVID pandemic. I hope that in the near future, the proposed projects will move forward.