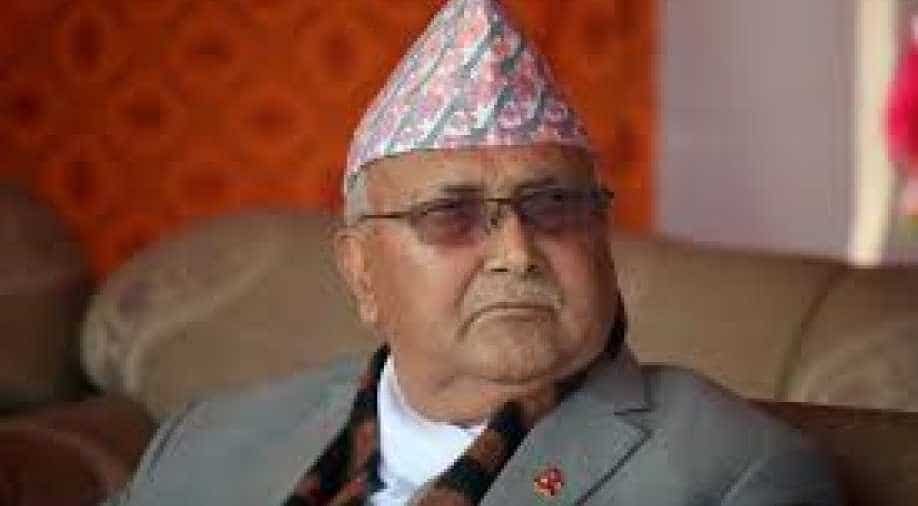 His remarks came amid speculation that the NCP could split after top party leaders, including 'Prachanda', demanded Prime Minister K P Sharma Oli's resignation on his recent anti-India remarks.

Amid the political turmoil in Nepal, the ruling communist party executive chairman Pushpa Kamal Dahal 'Prachanda' said on Sunday that he will not allow the party to split and any attempt from anywhere to weaken its unity would hurt the fight against the coronavirus pandemic and natural disasters.

Addressing the Nepal Communist Party (NCP) members in his hometown Chitwan, Prachanda said that he was determined to keep the party unity intact.

"It is natural to have differences of opinion, dispute and debate in a big party, but I will not allow the party to split," he said.

"If there is a dispute within the party, there are proper procedures to resolve it."

His remarks came amid speculation that the NCP could split after top party leaders, including 'Prachanda', demanded Prime Minister K P Sharma Oli's resignation, saying his recent anti-India remarks were "neither politically correct nor diplomatically appropriate."

Prachanda also advised the party cadres to abide by the party principles and not to run from one camp to another at the time of the crisis.

"Don't describe some leaders within the ruling party as anti-national and others as a nationalist," he said, in an apparent reference to Prime Minister Oli's recent statement that some of the ruling party leaders are aligning with the southern neighbour to remove him from power after his government issued a new political map incorporating three Indian territories.

The party and the government worked together to issue the new map, he pointed out.

Earlier in the day, addressing a meeting of the District Disaster Management Committee in Chitwan, Prachanda said that the political activities should not affect the government's response to the coronavirus crisis and natural disasters.

"Any attempt from anywhere else to weaken the party unity would not be in favour of the people," Prachanda was quoted as saying by Rising Nepal.

He urged the entire political parties, civil society, media and one and all to engage in a combined battle against the COVID-19 crisis and natural disasters.

Oli and Prachanda have held over half a dozen one-on-one meetings in recent days, but the two leaders are nowhere close to a power-sharing deal.

Meanwhile, the ruling party is divided on one-on-one talks between Oli and Prachanda, with a senior party leader saying that prolonging the issues will not serve anybody's interest.

The meeting of the NCP's 45-member powerful Standing Committee to decide Oli's fate was scheduled to be held on Friday.

But it was postponed for a week at the last moment, citing floods and landslides that killed at least 22 people.

NCP leader Asta Laxmi Shakya said it was okay for the party to postpone the crucial meeting for a week, keeping in mind the risk of extreme weather, but Oli should be ready to settle these issues after seven days.

She said that prolonging the issues will not serve anybody's interest and it means that differences will keep cropping up, impacting the party, The Himalayan Times reported.

Shakya said that one-on-one meeting between Oli and Prachanda would not help resolve the crisis.

"If the PM does not feel comfortable discussing some issues in front of all the members of the Standing Committee, then he could discuss these issues with the rival faction, with both factions including three to four key leaders or they can discuss the issues in the party Secretariat.

"But the two co-chairs should not discuss issues themselves," she argued.

Shakya said that Prime Minister Oli should have used his address to the nation on Friday night to calm down the youths protesting in his support and say that the party would not split, but he did not mention any of these things.

NCP Standing Committee member Beduram Bhusal said that Oli mixed politics in his message meant to inform the public about the government's efforts to deal with natural disasters and COVID-19.

Bhusal said that the only option for resolving the internal rift was to discuss all issues in the Standing Committee and follow the body's decision.

Another Standing Committee member Mani Thapa, however, said that Oli's statement that internal differences could be resolved through dialogue was a sign that differences between him and Prachanda were narrowing down.

Thapa said that he and some other second-rung leaders have advised Prachanda to focus on a one-on-one meeting with Oli as they were both signatories to the unity deal signed between the former CPN- UML and UCPN-Maoist Centre.

According to Thapa, Prachanda was initially hesitant to hold a one-on-one meeting with Oli because he thought that could antagonise his faction leaders, particularly former prime ministers Madhav Kumar Nepal and Jahala Nath Khanal, but he finally agreed when some second-rung leaders convinced him.

Under mounting pressure to resign, Prime Minister Oli has downplayed the intra-party rift and said such disputes are "regular phenomena" that can be resolved through dialogue.

The differences between the two factions of the NCP, one led by 68-year-old Oli and the other led by Prachanda on the issue of power-sharing, intensified after the prime minister unilaterally decided to prorogue the budget session of Parliament.

The political future of Oli is now expected to be decided on July 17 during the Standing Committee meeting, amidst the growing involvement of Chinese envoy Hou Yanqui to save his chair.