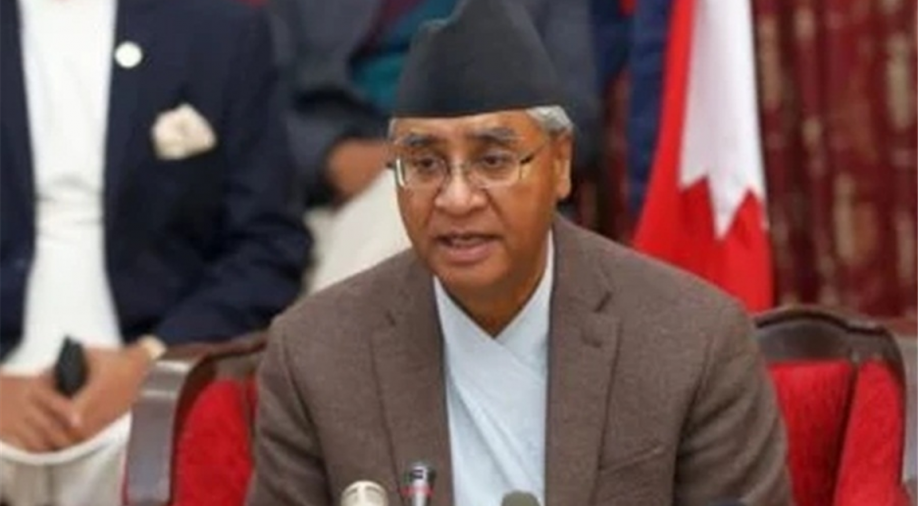 According to Central Committee Member and Deputy Chief of Central Publicity Department, CPN (UML) Bishnu Rijal, the discussion ended inconclusively as the stance of both sides remained the same. The Prime Minister asked Oli for the smooth running of parliament and support in ratifying the MCC.

As Prime Minister Deuba is struggling to garner a majority in support of the pact within his coalition government, which needs to be endorsed before February 28, the PM is seeking support from the opposition.

According to Central Committee Member and Deputy Chief of Central Publicity Department, CPN (UML) Bishnu Rijal, the discussion ended inconclusively as the stance of both sides remained the same. The Prime Minister asked Oli for the smooth running of parliament and support in ratifying the MCC.

"The Prime Minister asked our party for assistance in approving the MCC in the House of Representatives as there was no cooperation from within the ruling coalition," Rijal told WION.

"We don’t want to disturb the house, and we have already declared our demand and requested the speaker and ruling alliance. We expelled the 14 lawmakers who violated the whip in parliament. Our demands remain the same, first remove the parliament membership of those 14 MPs," said Rijal.

On MCC, the leader said, "We know MCC is a serious issue and national consensus should be reached on this. Whether the ruling coalition is in the majority or not, it is their duty to move forward with the MCC. As an opposition, our role is limited."

Oli requested the Prime Minister to address UML demands first so that doors for parliamentary cooperation would be opened.

"If PM Deuba wants support from our side, then 14 lawmakers should be banned from taking part in the parliament and this coalition should be dismantled. This is an undemocratic coalition that was formed by the verdict of the Supreme Court and is against the UML. After these demands are met, "UML is ready to talk," Rijal added.

Ratification of the MCC Nepal Compact has become a topic of growing interest as the ruling Nepali Congress is in a rush to ratify it.

While the ruling coalition partners, the CPN-Maoist Center and the CPN-Unified Socialist, have stated that they will not support the MCC endorsement without amendments.

Earlier in the day, US Ambassador to Nepal Randy Berry held a meeting with opposition chairperson Oli and ‘expected UML’s role in the ratification of MCC’. While the opposition reiterated their demands.

The ambassador met with Oli and requested to support the compact, and our chairman repeated the party’s demands. The Ambassador emphasised a collaboration of democratic forces and appreciated Oli’s role in Nepali politics and Nepal-Us relations as well, "Rijal told WION.

The UML is obstructing the House over the role of the Speaker in the split of the UML and the formation of the Unified Socialist by the 14 lawmakers.

The Nepali Congress has been holding extensive talks with the main opposition after it failed to reach common ground with its ruling coalition partners on the MCC agreement.

The next session of the House is scheduled to be held on February 24.