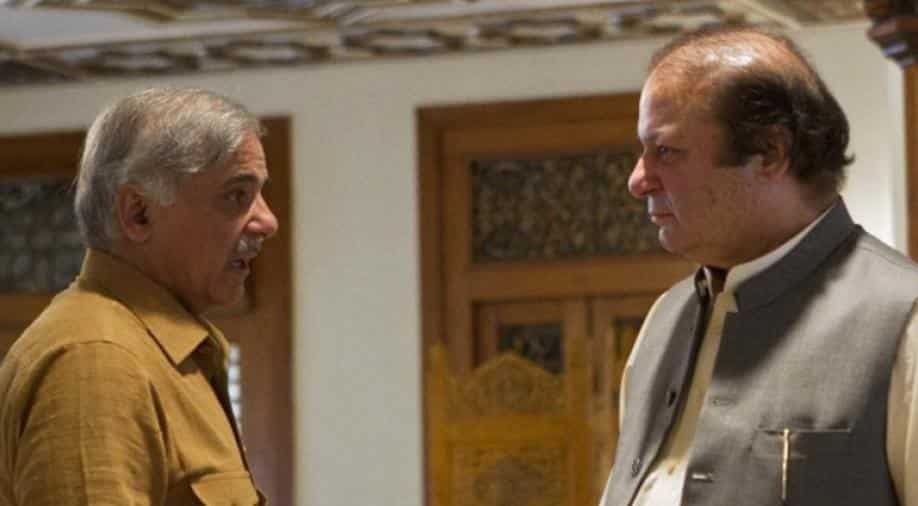 Shehbaz is currently in custody on charges of corruption in the Ashiana Housing Scheme case.

Former Pakistan prime minister Nawaz Sharif has expressed concerns over a medical report of his brother and Pakistan Muslim League-Nawaz (PML-N) president Shehbaz Sharif, which diagnosed the latter with cancer.

Shehbaz, who is currently in custody on charges of corruption in the Ashiana Housing Scheme case, was allowed by the National Accountability Bureau (NAB) to meet his elder brother, at the Minister's Enclave in Islamabad.

The siblings talked about their well-being and the current political situation in the country.

During the meeting, Nawaz was anxious about Shehbaz's medical report, The Express Tribune reported quoting sources.

On November 25, Shehbaz underwent a medical examination at a private hospital in the Pakistani capital.

The NAB officials brought Sharif to the medical facility, where his blood tests and Computed Tomography (CT) scan were conducted.

The Pakistani opposition leader is expected to get his CT scan report on Tuesday, following which doctors would brief him on his medical condition, Geo News reported, quoting sources.

Shehbaz's check-up was necessitated a report indicated that the 67-year-old leader was suffering from cancer and his medical test was conducted after he had complained of throat pain.

Shehbaz's check-up was necessitated after he complained of throat pain, following which his medical test was conducted. The report indicated that the 67-year-old leader was suffering from cancer. Doctors then recommended him an urgent CT scan, sources told Geo News.

Shehbaz, who was arrested by the NAB on charges of misusing authority and corruption in the Rs 14 billion Ashiana Housing Scheme during his tenure as the Punjab chief minister from 2013 to 2018, has been in custody since October 5.

The PML-N chief denies any wrongdoings and dubs the allegations as "baseless".