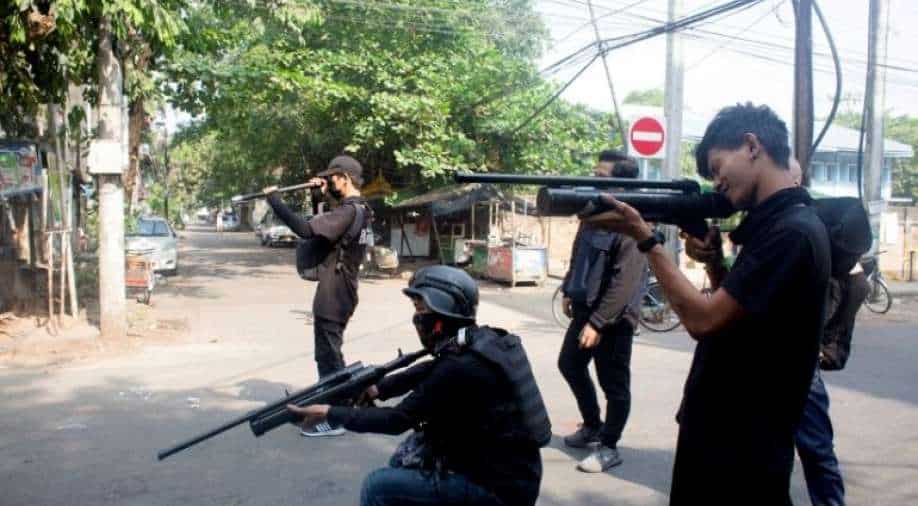 A group of ousted lawmakers later set up a shadow "National Unity Government" (NUG) which has sought to bring anti-coup dissidents together with Myanmar's myriad ethnic rebel fighters to form a federal army to challenge the junta.

On Saturday, the rebel Chin National Front signed an agreement to "demolish the dictatorship and to implement a federal democratic system" in Myanmar, the NUG said in a statement.

Both parties pledged "mutual recognition" and to "partner equally", said the statement without giving more details.

Chin National Front (CNF) mainly represents Christian Chin minority in western Myanmar and it had signed a ceasefire with Myanmar military in 2015.

In recent years its fighters have dwindled.

"The CNF has no real military strength, so this move is symbolic," Richard Horsey, senior advisor on Myanmar to the International Crisis Group, told AFP.

"But [it is] nevertheless significant as CNF has been quite prominent in the peace process, due to its well respected political leaders in exile."

Several rebel groups have condemned military coup and use of violence against civilians.

Some are also providing shelter and even training to dissidents who flee into their territories.

But more than 20 outfits have long distrusted the ethnic Bamar majority -- including lawmakers affiliated with Suu Kyi's government.

On Friday, the NUG released a video it said showed the first batch of fighters from its "People's Defence Force", formed to protect civilians, completing their training.

Around a hundred recruits were shown marching across flat ground surrounded by jungle. None appeared to be carrying weapons.

"Let all Burmese people be freed from military slavery," the recruits were heard shouting together.