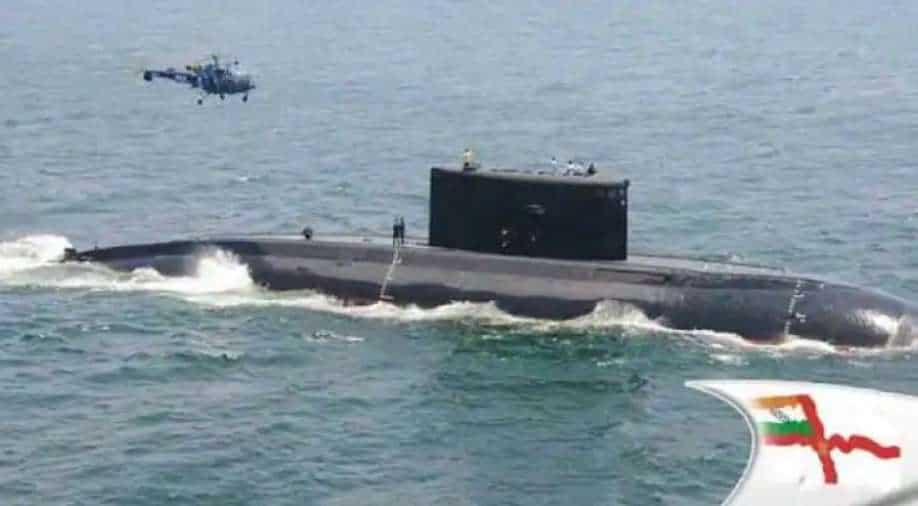 It is the first submarine in the Myanmar Navy's arsenal. The former Soviet-era submarine was in operation in the Indian Navy since 1988.

Myanmar on Saturday formally commissioned an Indian ship into its Navy.

Also Read: In a first, India to deliver submarine to Myanmar navy

India had delivered INS Sindhuvir to Myanmar in October. The Myanmar Navy named the Indian ship UMS Minye Theinkhathu after its national hero.

It is the first submarine in the Myanmar Navy's arsenal. The former Soviet-era submarine was in operation in the Indian Navy since 1988.

India's move comes amid growing Chinese influence along the Indian Ocean as it seeks to diversify its allies to take on the Dragon.

UMS Minye Theinkhathu can operate at a depth of up to 300 meters.  India and Myanmar share a long 725-kilometre maritime boundary along the Bay of Bengal.

Myanmar has been seeking to modernise its defence forces as India seeks to "build capacities and self-reliance" among its neighbours with an eye on China.

China had earlier provided submarines to Bangladesh, Thailand and its chief ally Pakistan. India's gift to Myanmar will provide it with a vital link to ensure military and diplomatic ties with the regime with the Indian Navy providing technical support to the country.

The Indian Ocean region is responsible for over 80 per cent of world trade and is a vital gateway for the country's interest. Myanmar has been engaged in an ongoing maritime border dispute with Thailand.