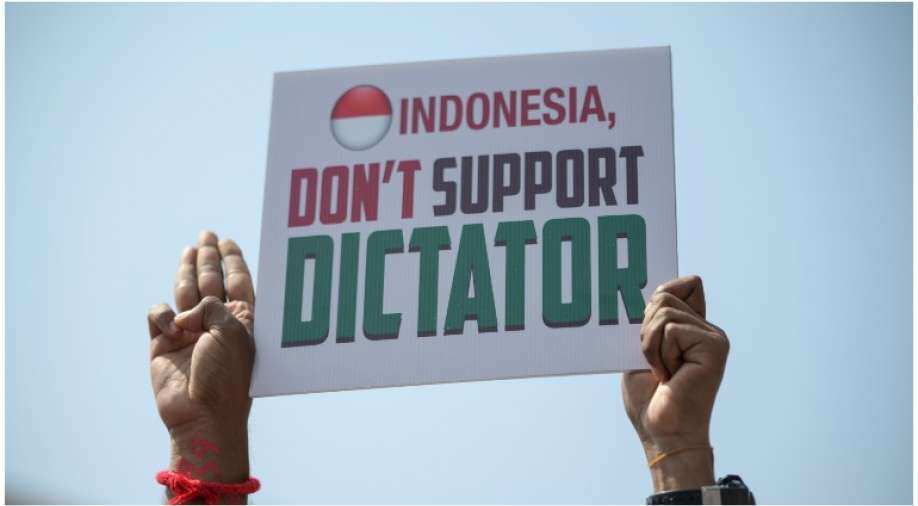 Myanmar military junta's foreign minister on Wednesday visited Thailand as efforts were on by the regional countries to broker end to three weeks of deadly unrest that has been triggered by military coup. Indonesia is in talks with the military junta as well.

Foreign minister Wunna Maung Lwin held talks with his counterparts from Thailand and Indonesia in what was the first known face-to-face meetings between a senior junta member and foreign government officials.

The international condemnation over the coup has not deterred military junta so far. Daily nationwide protests have rocked Myanmar ever since government headed by Aung San Suu Kyi was removed by the military in February 1 coup.

Indonesian Foreign Minister Retno Marsudi said she expressed concerns about the safety and welfare of Myanmar citizens and reiterated a need for an "inclusive democratic transition process".

"We ask all parties to exercise restraint and not use violence to avoid casualties and bloodshed," she told reporters in Jakarta.

Marsudi has been on a "shuttle diplomacy" mission over the past two weeks discussing the Myanmar crisis during visits to Brunei and Singapore as well as phone calls with other Southeast Asian counterparts.

She had hoped to travel to Naypyidaw after her visit to Bangkok to directly convey messages from Indonesia and other countries but confirmed the visit had to be postponed.

'Stop negotiating with them'

For second consecutive day on Wednesday, Indonesian embassy in Yangon saw gathering of protesters that decriedn Indonesian efforts to have a dialogue with military junta.

"The Military's State Administration Council is not our legitimate government," said participant Seinn Lae Maung, who had a Myanmar flag painted on her face.

"Please respect our votes and do hear our voices."

Marsudi later hit back at the criticism, warning: "To do nothing is not an option."