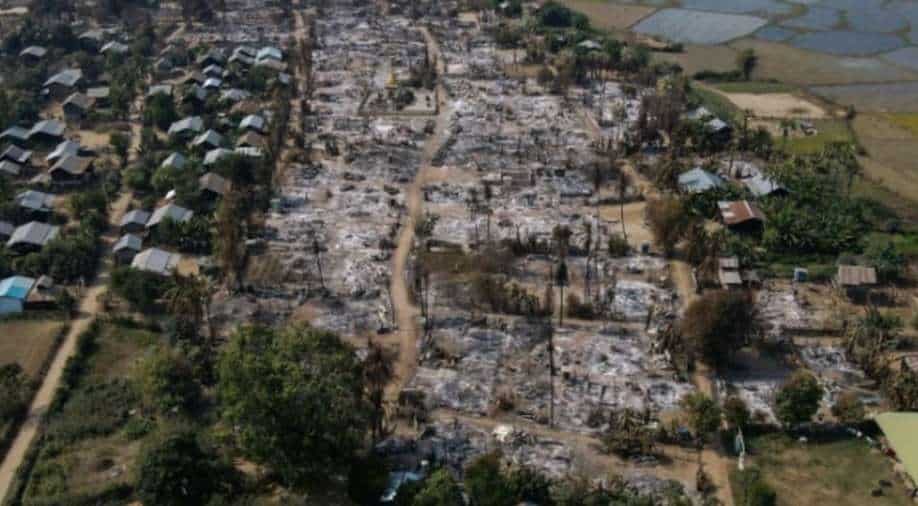 A woman from Bin village, a site of recent clashes, said that troops had arrived on Monday

Villagers in Myanmar have accused the junta troops of burning hundreds of homes in the country's northwest region. A woman from Bin village, a site of recent clashes, said that troops had arrived on Monday.

"They shelled artillery and fired guns before coming in," she said. On the condition of anonymity, she further revealed that the troops burnt around 200 houses, including hers.

"We could not bring anything with us. We took some warm clothes only, and then we just ran away," she added.

As per reports by local media, hundreds of homes have been destroyed in several villages.

Myanmar's military toppled the civilian government led by Aung San Suu Kyi on February 1 last year and seized control of the country which has already seen years of military rule in previous decades.

The military coup in Myanmar was followed by countrywide pro-democracy protests and unrest. The protests were brutally put down by the military regime.

On February 1 this year, people in Myanmar marked one year of the military coup with what were called 'silent strikes' with streets in the cities nearly deserted.