More than 82% of rapists are fathers or brothers of victims in Pakistan: Lawmaker 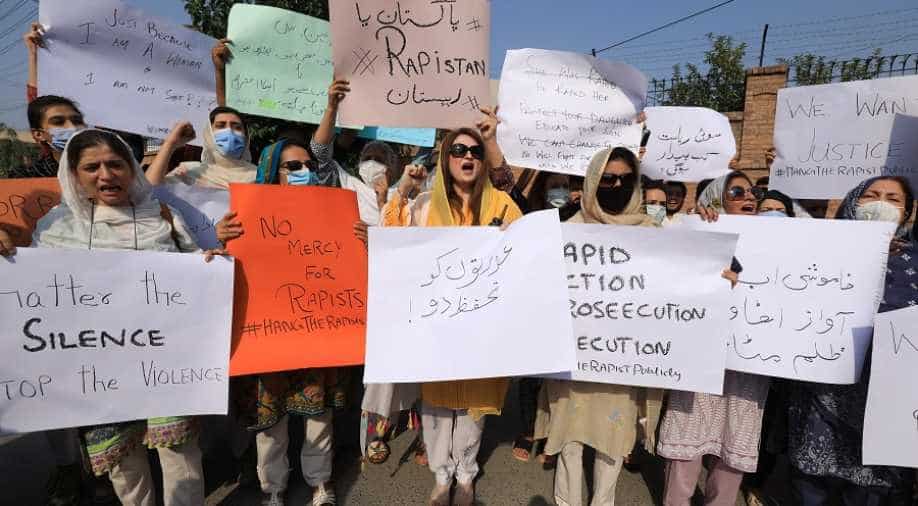 Speaking on a TV show Shandana Gulzar Khan quoted figures by the rights group War on Rape (WAR) said the most family members are involved in the rapes of the girls.

A Pakistani lawmaker has claimed that 82% of rape perpetrators in Pakistan are family members of the victims, such as that include fathers, brothers, grandfathers, and uncles, of the rape survivors.

Speaking on a TV show Shandana Gulzar Khan quoted figures by the rights group War on Rape (WAR) said the most family members are involved in the rapes of the girls.

Gulzar is a politician who has been a member of the National Assembly of Pakistan since August 2018.

During the TV debate Shandana said that “the girls who get pregnant after being sexually assaulted by their family members do not approach the police, but rather go to the gynecologists for abortion. The mothers of these girls do not go to the police as they say that they cannot leave their husbands.”

Really hope that the holier than thou who hate when feminists take to the streets can listen to a PTI representative saying this. This is the society women live in Pakistan.

The lawmaker said that no one is ready to talk about this issue in the Pakistani society and that is a dangerous sign.

Earlier in this month, a Pakistani woman was raped at gunpoint on overnight by two men before the eyes of her children after her vehicle ran out of fuel. The two men are also said to have stolen money and jewelry before fleeing the scene.

The incident had sparked a countrywide outcry. A number of protests have been held in Lahore, Islamabad and other parts of the country, demanding the government arrest the culprits and give them exemplary punishment.