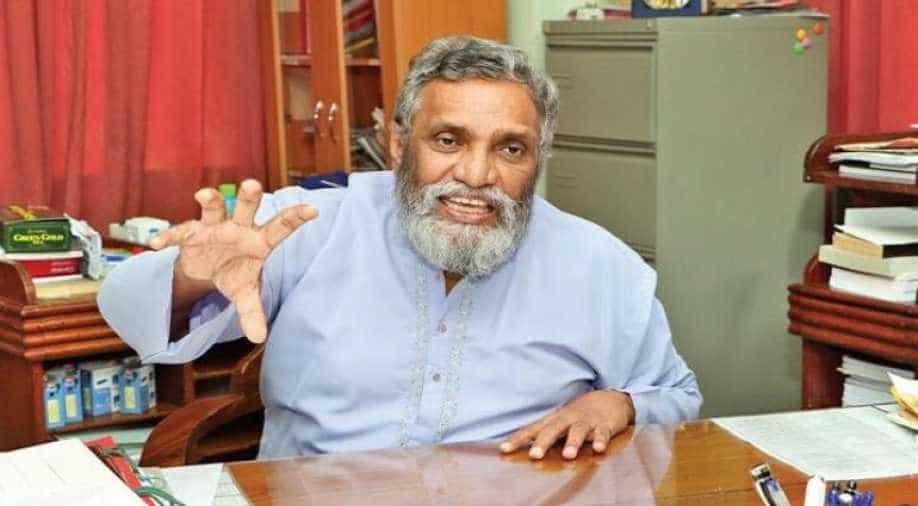 Mahinda Deshapriya, Chairman of the National Election Commission, said that the health guidelines for conducting the elections were announced on June 2 but they have not been legalised through a gazette notification.

Sri Lanka's top election official has expressed concern over the delay in enforcing the COVID-19 health guidelines for the August 5 parliamentary elections, warning that candidates and supporters were defying measures to contain the spread of the disease which could endanger public safety.

Mahinda Deshapriya, Chairman of the National Election Commission, said that the health guidelines for conducting the elections were announced on June 2 but they have not been legalised through a gazette notification.

The guidelines have been sent by the health authorities to the Attorney General's Department, which would give a nod for them to be gazetted.

What we see now is candidates and their supporters campaigning shoulder to shoulder, they do not keep the required one metre distancing, they do not even wear face masks, Deshapriya said.

The health guidelines require wearing face masks, frequent hand washing and maintaining one-metre distance. The number of people at poll campaign gatherings has also been reduced to a bare minimum.

The parliamentary elections in the country are scheduled for August 5 and the campaigning has been at a very low scale due to the COVID-19 pandemic compared to previous elections.

President Gotabaya Rajapaksa on March 2 dissolved the Parliament, six months ahead of schedule, and called for snap polls on April 25. However, the election commission in mid-April postponed the elections by nearly two months to June 20 due to the coronavirus outbreak in the island nation.

The commission last month informed the apex court that the polls cannot be held on June 20 because of the coronavirus pandemic and the new date was decided following a unanimous decision reached between the members of the commission.

The election commission held several mock polls to put into practice health guidelines and on Monday extended the poll time by one hour in view of the pandemic.

There are over 16 million eligible voters in the country. The August 5 poll will elect a 225-member Parliament for a five-year term.

Deshapriya's comments came as Sri Lanka recorded its highest spike for a single day on Friday. As many as 300 cases were reported from a rehabilitation centre for drug addicts from the north central region of the country.