Karunanidhi at 94: Will the resilient DMK leader show the path to Tamil Nadu? 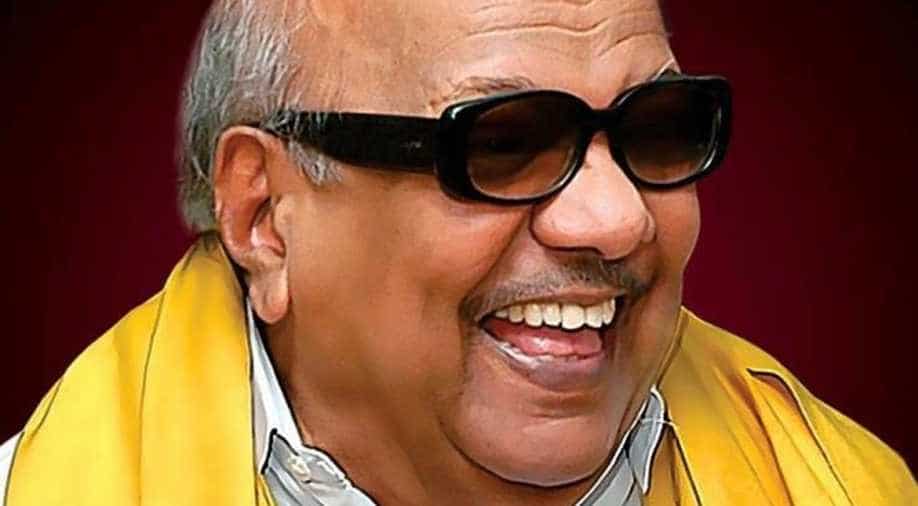 Muthuvel Karunanidhi is difficult to be written off. When the grand old leader of Tamil Nadu’s politics turned 94 on June 3, it is his characteristic resilience that will perhaps remain as the singular feature of the, arguably, most versatile politician in the state. In a career spanning over seventy years, and checkered by many ups and downs, Karunanidhi managed to redefine the political ethos of the state with an eloquence that remains unchallenged.

Karunanidhi’s tryst with politics began when he was a student. When he was barely 17, he set up a forum for students. He was 29 when he laid his head on a railway track at Dalmiapuram station, demanding that the original Tamil name of the station Kallakudi be restored. The protest organised by the DMK in 1953 was a defining moment in Karunanidhi’s political career. A prolific writer, Karunanidhi had also contributed to Tamil cinema by way of scripts and dialogues that fuelled the fiery imagination of a state high on Dravidian ideals. It was this literary bent of mind that earned Karunanidhi his moniker Kalaignar.

But when M G Ramachandran used cinema more effectively as an actor and rose to political power, it came as the first major setback to Karunanidhi. Riding on his immense film popularity and a slew of populist measures, MGR ruled the state for ten straight years – the period that critics called as Karunanidhi’s ‘vana vaasam’. For many critics then, Karunanidhi’s era was over. But when MGR passed away in 1987, Karunanidhi bounced back. Again in 1991 when Jayalalithaa swept to power, Karunanidhi had a setback but waited for his time yet again. The AIADMK suffered a humiliating defeat in 1996 and critics knew Karunanidhi could never be written off again.

Even when he suffered terrible setbacks, Karunanidhi always managed to stay afloat, never losing any Assembly election he had contested

Even when he suffered terrible setbacks, Karunanidhi always managed to stay afloat, never losing any Assembly election he had contested. He is the only leader in the state to win thirteen Assembly elections in the State since 1957 – his first election when he contested from Kulithalai. Ten years later, the DMK would form a government in the State for the first time, unseating the Congress.

While politically, Karunanidhi always sought to hold the Dravidian flag high, the nonagenarian leader has also been criticised on various issues, including aligning with the BJP in 1999  - which party defenders say was a ‘strategy to defeat the AIADMK’- and ‘not doing much during the 2009 war against Tamils’ in Sri Lanka. Karunanidhi has also been accused of corruption and promoting his family in the party but the leader has ensured that he remains the focus of Tamil Nadu’s politics in the last five decades.

Critics say politics in Tamil Nadu over the last fifty years can be narrowed down to being anti-Karunanidhi or pro-Karunanidhi. AIADMK’s J Jayalalithaa, who died last year, would hardly end her political speech without hitting at the DMK leader. For politicians who either loved or hated him – the emotion was visceral. It was the same for the DMK’s cadres who loved him over anything else. But Karunanidhi perhaps earned every bit of it.

He would tour the length and breadth of the state and would remember the ardent cadres by their names – something that was not easy for any other leader in the state. For nearly 60 years he wrote letters in party’s official organ Murasoli. These letters addressed to cadres came to be known as Udanpirappu kadithangal (letters to brethren) that conversed directly with them. As late as in 2016 when Karunanidhi was 92, he travelled on roads to address election rallies in the state. Even then, as always, his speeches were peppered with vignettes from history and personal touches – something that always made him a delight to listen to.

Cadres hope that the diamond jubilee celebrations today, where leaders from across the parties converged at Chennai, will probably be a significant start to a non-BJP front in the state

Even as the party is gearing up to celebrate his 94th birthday and his diamond jubilee as a member of the State Assembly, Karunanidhi for the first time will probably be oblivious to what is happening around him. For over five months, the leader who has remained the epicenter of Tamil Nadu’s politics is inactive due to various age-related issues, including dementia. Very recently DMK’s senior leader Durai Murugan said the leader showed a semblance of improvement when he recognised him and remembered some names.

But after Jayalalithaa’s death, Karunanidhi’s inactivity has led the state to a lull. Except for AIADMK’s internal issues, the state is not witnessing anything truly exciting as it often was when Jayalalithaa and Karunanidhi were active.

Cadres have already begun to feel the sting of Karunanidhi’s very conspicuous absence in the political scene. For many, things would have been different even with the AIADMK if only Karunanidhi was active. He would have probably raised objections to the BJP taking an upper hand in the state’s affairs. Cadres hope that the diamond jubilee celebrations today, where leaders from across the parties converged at Chennai, will probably be a significant start to a non-BJP front in the state. Refusing to invite the BJP to the diamond jubilee celebrations, DMK’s executive president M K Stalin said, since the nationalist party was determined to see the end of the Dravidian movement, it would be an embarrassment for them to share the dais with Dravidian leaders. For many cadres, Stalin’s stand was in line with what Karunanidhi would have probably done under similar circumstances.

Yet the struggle to come to terms with Karunanidhi’s inactivity is difficult for them. Many cadres still hope that Karunanidhi will do yet again what he was always good at – be resilient. That he will yet again prove he is still difficult to be written off. 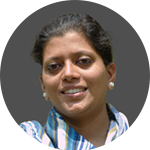