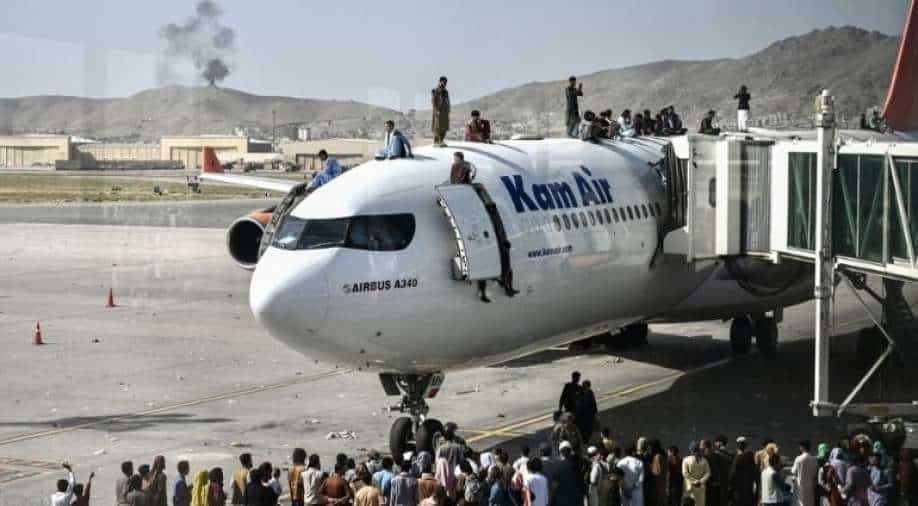 Afghan people climb atop a plane as they wait at the Kabul airport in Kabul on August 16, 2021. Photograph:( AFP )

As the Taliban consolidated power after overrunning Kabul on Sunday, Turkey said it welcomes "positive messages" given by the Taliban to foreigners.

"We welcome the positive messages given by the Taliban to foreigners, diplomatic missions and their own population. I hope we will see the same approach in their actions," Turkey's foreign minister Mevlut Cavusoglu said.

"The question for us will be to what extent are we willing to carry the consequences for this, and to what extent we are prepared to take measures that up to this point we have left to the Americans," Kramp-Karrenbauer said.

Germany had sent its special forces to ensure the evacuation of its citizens amid chaotic scenes at Kabul airport on Monday. Armin Laschet, the leader of Angela Merkel's ruling party said it was "the biggest debacle" in NATO's history.

A spokesman for the German foreign ministry in a statement said: "Due to the chaotic situation at the airport and the regular exchange of fire at the access point yesterday, further German citizens and people to be evacuated could not be given access to the airport without the protection of the Bundeswehr [German army]."

Evacuations flights at Kabul airport were restarted on Tuesday after US authorities closed operations as Afghans entered the tarmac as several videos on social media appeared to show them chasing after military planes as it taxied on the runway.

Germany, France and Australia have reportedly organised charter flights to bring back their nationals.

Schools and universities remained closed in Kabul even as UN Secretary-General Antonio Guterres said: "The world is watching".