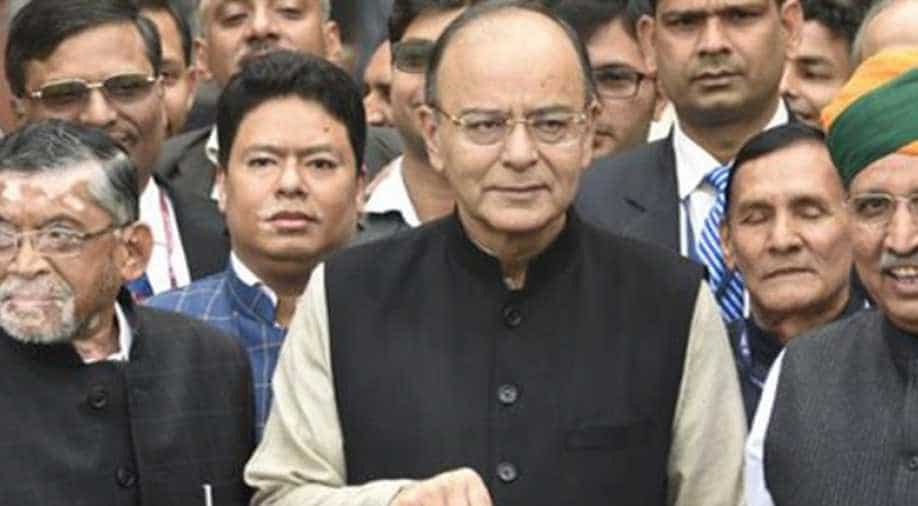 India's finance minister Arun Jaitley will likely boost spending and ease back on cutting the deficit when he presents his fourth budget today, as he seeks to lift growth hit by the government's drive to purge the economy of "black money".

The finance ministry forecasts that growth could dip to as low as 6.5 per cent in the current fiscal year to March, before picking up in the coming fiscal year to between 6.75 and 7.5 per cent. Corporate India wants a cut in corporate tax to boost growth. The government may cut tax rate with tax concessions on ESOPs and unlisted shares. The budget is also likely to address the problem of bad loans in banking.

While opinions vary on how long the disruptions caused by Modi's crackdown on untaxed and illicit wealth will last, there is near unanimity among economists that Asia's third-largest economy needs a helping hand.

Still, economists are pencilling in a federal fiscal deficit of 3.3 per cent of GDP for 2017/18. That would be higher than the 3 per cent pledged earlier but lower than 3.5 per cent that the government has budgeted for the year soon to end.

Sitting Lok Sabha MP from Kerala, E Ahamed, died early on Wednesday leading to a confusion on whether the budget would take place today. Sources have just told WION that the obituary will take place before or after the presentation of the budget (WION)

The rollout of a nationwide Goods and Services tax (GST), expected in July after years of delays, could also weigh on economic growth. Countries that have introduced GST in the past have often faced a relative economic slowdown before the benefits of a unified tax regime feed through.

The Economic Survey for 2016-17, tabled in the Parliament by finance minister Arun Jaitley underlined the need for more reforms. The survey listed some of the challenges that might impede India's progress. These include ambivalence about property rights and the private sector, deficiencies in state capacity, especially in delivering essential services and inefficient redistribution. The survey highlighted difficulties in privatising public enterprises, even for firms where economists have made strong arguments that they should be in the private sector.

It noted that over the past two years, the government has made considerable progress towards reducing subsidies, especially related to petroleum products. Technology has been the main instrument for addressing the leakage problem and the pilots for direct benefit transfer in fertiliser represent a very important new direction in this regard, it said.