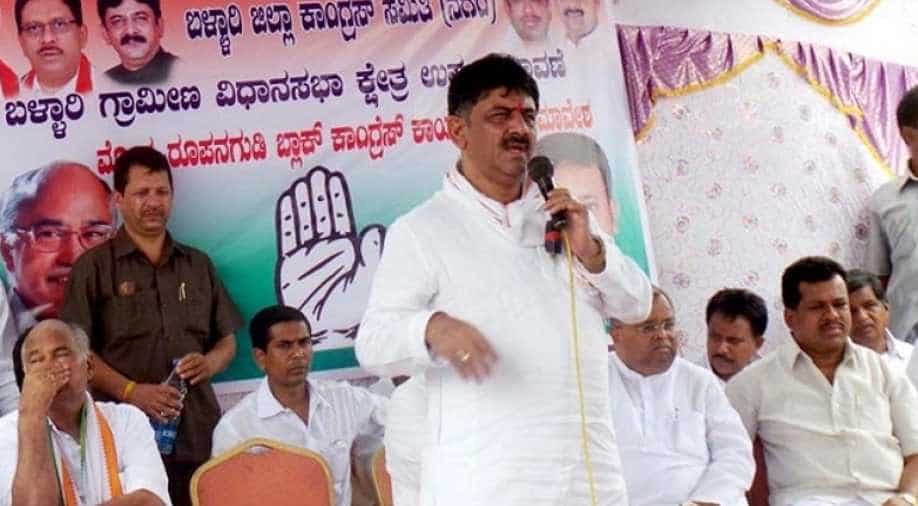 Shivakumar is looking after the 44 Congress MLAs from Gujarat who are holed up at the Eagleton Golf Resort in Bengaluru. (Image source: dkshivakumar.in) Photograph:( Others )

The income tax department is continuing its raids on properties and people associated with Karnataka energy minister D Shivakumar.

ANI reported that the department also raided a residence in Delhi's Safdarjung area owned by Shivakumar.

Everyone knows DK Shivakumar is a rich man & is in politics from many years; raids shouldn't be linked to Gujarat MLAs: BS Yeddyurappa, BJP pic.twitter.com/19PkaYAlY6

The income tax department had raided a number of Shivakumar's properties in Bengaluru and Delhi on Wednesday.

The department also raided Shivakumar's room at the Eagleton Golf Resort in Bengaluru where the 44 Gujarat Congress MLAs are holed up.

Shivakumar is responsible for the looking after of the Congress MLAs.

The MLAs are holed up in Bengaluru because the party is worried they might defect should they be allowed to return to Gujarat.

Six MLAs have already resigned from the Congress, with three of them joining the BJP.

The Congress had reacted sharply to the raids, calling them a "witch hunt".