Is India ready for gender parity in the workplace? 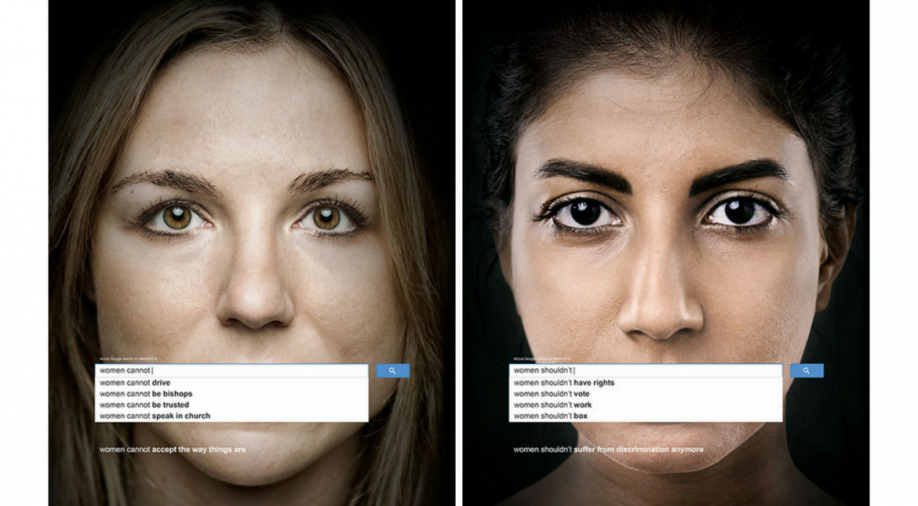 In my growing up years, as a young girl, I remember reading Barbie and Cinderella stories. The storyline would more often than not have a similar sequence of events-- princess finds herself in a problem--prince charming comes to her rescue--and they live happily ever after.

Almost every girl, I included, has doted on the "boy-saves-girl" narrative in her formative years and I have no problem with it, till it started percolating into the workplace culture as well my domestic space which I share with my family members.

Today on Zero Discrimination Day, an annual world event that promotes diversity and recognises that everyone counts, I find myself asking questions such as, what it means to have gender parity at the workplace in India? Who is responsible for bringing equality, and what is equality for a gender that has been discriminated against, for the longest time in history?

In the quest for an answer, I got into a conversation with authors and feminists at the Women Writer’s Festival in New Delhi, India.

Authors and feminists at the Women Writer’s Festival in New Delhi, India (WION)

The idea of how women are discriminated at every level, from the entry point to getting a raise, was highlighted throughout the panel discussions.

Urvashi Butalia, a well-known feminist and the co-founder of India’s first exclusive feminist publishing house, Kali for Women, says, “Women’s day is a sexy concept today but we haven’t sorted out what it means in the workplace. Today’s generation is a witness to what can be labelled as ‘lip service’, which is nothing more than just fluff. But the fact that fluff is gaining space in the narrative around women issues, is the beginning of some change.”

Reasons for gender-based discrimination continues to be a problem. Foundation for Sustainable Development points out in one of their research reports that the traditional patriarchal norms have relegated women to secondary status within the household and workplace. This, in turn, affects women’s health, financial status, education, and political involvement. It is also seen that in India, women are commonly married young--become mothers--and are then burdened by stringent domestic and financial responsibilities.

The Foundation’s research also indicates that women receive little schooling, and suffer from unfair, biased inheritance and divorce laws. These laws prevent women from accumulating financial assets, making it even more difficult for them to establish own security and autonomy.

Running a "statedly feminist organisation where 80 per cent of the workforce is consciously female", as put by Urvashi, she also points out that "pinkwash" is the new way to procreate women empowerment.

Ritu Kapoor, co-founder of The Quint, throws light on the issues that go way beyond a boardroom and seeps into the daily struggles of being a woman. She says, “The ‘everydayness’ of being a woman is what we are dealing with: Our journey of coming and going from work to home. We don’t have enough conversations about these issues.

“Women in my office often debate on why they need to be escorted by a guard at night and why they can’t go home, as they please? I have nothing to say when they ask me about their space and freedom. I can’t tell them: because the society is such and that I care for your safety.

“Collateral benefit of all the ‘pinkwashing’ that has happened is that feminism is becoming better at workspaces”, she adds.

The feminists on the panel were divided on whether women in recruitment positions must exercise gender neutrality, in the wake of rampant discrimination that women face.

According to McKinsey Global Institute’s report titled, The Power of Parity: Advancing Women’s Equality in India, data points indicate poor levels of gender parity in the Indian society. India’s global Gender Parity Score or GPS is 0.48, where a score of 1 is considered ideal. India’s score represents an “extremely high” level of gender inequality, which compares poorly with 0.71 for Western Europe and 0.74 for North America and Oceania.

Anuranjita Kumar, Chief HR Officer at Citi South Asia agrees that there is discrimination on the higher level but not on entry-medium level jobs. But she says, “Women need inclusion and not quotas.” She stressed on maintaining a "diversity ratio" while employing young talent.

“What we need, is to declutter the path, so as to enable women to make headway. Men and women should be hired on merit and not their gender.”

Backing Anuranjita’s argument, Ritu says, “Gender neutrality is the way to go. 70 per cent of my team is women but I have not made an extra effort of hiring only women. I am talent hungry-- want a diversity of voices--not necessarily male or female--but variety, as everyone is distinct.”

She adds, “Being inclusive in the conversation is what we need.”

"I would actively recruit women, giving them more points for having lost out on the opportunities that men have had.”

Urvashi comes back to her point of being a feminist and showing it. She says, “It needs to be re-examined, as to who has the opportunity to acquire merit and who has not. I would actively recruit women, giving them more points for having lost out on the opportunities that men have had.”

In support of Urvashi, Aparna Jain, author of "Own It", came out rather strong on her idea of feminism. She went all out to say, “What does the concept of merit mean? How do you think companies function: Gender blind, neutral or aware? It all comes from a place of great privilege, while most women don’t have it.”

“We have families that support us, husbands who are CEOs, good educational backgrounds; we have a voice we can speak. There are many who can’t speak and we speak for them.”

“I am very happy that SEBI insists that at least one woman should be there in the boardroom-- it makes men think about it, they never thought about it earlier. Unless it is put in their head that I have to take a woman, they won’t.”

“If it takes that ‘extra’ step--the pendulum--we are years away as far as male privilege is concerned and for us to reach there, it will take these steps. It’s too early to consider merit unless your company is extremely evolved. There has to be a push, think bigger, wider and there definitely must be some kind of a quota.”

Urvashi says, “It doesn’t matter if the younger generation has a problem with calling themselves a feminist, after all, it’s just a mere label. The label is only as important as you make it. You might not call yourself a feminist but still do everything like a feminist does.”

Simplifying with history, she says, “Feminism in India has a Western confluence, so some Indian women don’t accept it because in India we don’t have an equivalent ‘nariwad’ (Hindi for feminism) that falls in the narrative.”

Feminism in India has a Western confluence, so some Indian women don’t accept it because in India we don’t have an equivalent ‘nariwad’.

On this, Radhika Vaz, the stand-up comedian and author, displays a less forgiving attitude towards those who don’t want to call themselves a feminist. “You’re either a feminist or you’re not and you must be proud to call yourself one.”

Including Men in the Narrative

Radhika explains, “We are here at ‘A’ and we have to get there ‘B’ and there has to be some extreme things that happen for us to reach at least the middle.”

She narrates a real-life example. “What I face as a comedian--whoever makes a booking, a private event or college or club--I noticed that those decisions are made by men. They are on the panels and they are the ones listening to the show also. It’s a vicious cycle, as they prefer a male comedian. Women in the audience ultimately, only see a man up there on stage, and assume this career option--something outside their realm of reality--and thus we have less women on stage.

“Men are only used to laughing on things that they are comfortable in, something they keep on listening to--and so, they are not used to dealing with women or their issues.

"Also, whenever a woman has to make a list, she includes names of men, so as to balance the list. I used to do the same. But the unfairness of where we are today--is so intense that it’s far from being repaired. I don’t see why we should ever care. I don’t include men in my lists now, consciously!” she adds.

She continues, “We must rethink power relationships, feminism as a principle on which you work on, intersectionality and collaboration. Men need to understand that they need to enter these debates, they did not give us a chance but we created our own. Now they have to make an effort and enter our dialogues.”

She also adds, “Language is important: Has to also revolve around food, homework, home care, illness in the family, not to use women based swear words.”

Ritu gives importance to bringing men into the conversation. She stresses, “Having organisations where there are only women, doesn’t bring change. Men need to be brought into the conversation…I have had to change jobs because I have been a victim of sexual harassment myself.

“How many of us know, that we can take the matter straight to the court and not go to the management? Men don’t know enough what might happen.”

At the end of the day, feminists were divided on how gender parity could be effectuated in every sphere of the workplace as it is a complex problem, involving a multitude of issues, such as wage gaps, appraisals, sexual harassment, laws and policies, access to credit to just name few.