International Women's Day: US should impose sanctions on Pakistan for Bangladeshi genocide 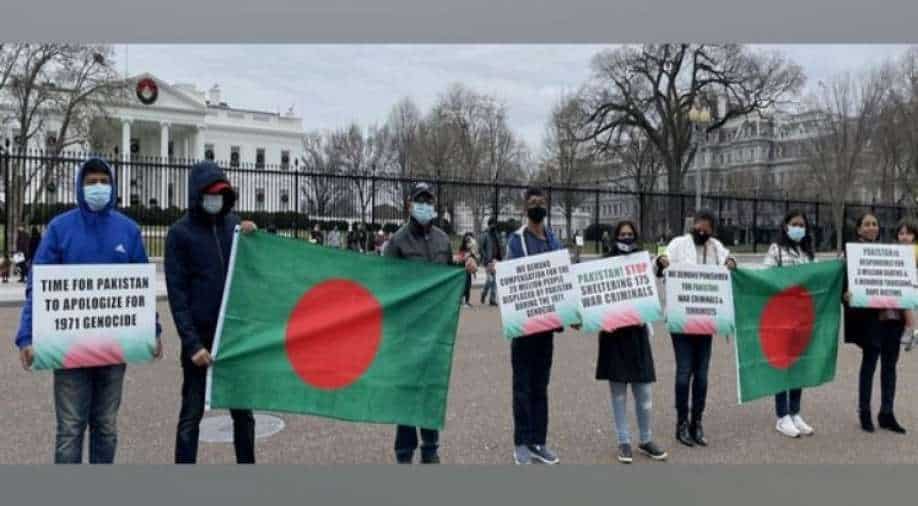 On the occasion of International Women's Day, an article in the Global Strat view argued that the US should recognize the Bangladeshi genocide and organised rape committed by the Pakistani Army in 1971, and impose sanctions on Pakistan for gross human rights violations.

The stories of Bengali women being tied to trees and gang-raped, organs hacked off, dumped in mass graves, and held in Pakistani rape camps are all testimony to the atrocities committed by the Pakistan Army, said Priya Saha, Executive Director of Human Rights Congress for Bangladesh Minorities (HRCBM) writing in Global Strat View.

The Pakistani Army initiated a choreographed annihilation of Bengalis when the Awami League party of East Pakistan led by Sheikh Mujibur Rahman decisively won the 1970 elections and pressed ahead to form the government in erstwhile united Pakistan.

The then military regime of Yahya Khan annulled the election results, fearing the prospect of handing over the reins to what they perceived as inferior Bengalis, the article said.In March 1971, the Pakistani Army launched 'Operation Searchlight', which kickstarted a series of targeted killings, massacres, and organised rape of women in the then East Pakistan (now Bangladesh).

Archer Blood, the then US Counsel General in Dhaka, sent a telegram on April 6, 1971, to his superiors in Washington, which came to be known as "The Blood Telegram". The telegram denounced the inaction of the then US administration on the brutal genocide taking place in then East Pakistan.

The Pakistani Army committed mass rape of Bengali women with intent to destroy their faith, social position, and self-esteem, the article said, adding that one of the reasons for the mass rapes was to undermine Bengali society through "dishonouring" of Bengali women and that some of the victims were raped until they died, citing Adam Jones, a political scientist.

Jenneke Arens, a Dutch author, who lived in Bangladesh from 1973 to 1975 for her research work, described the rape of Hindu minority women by the Pakistani military as a deliberate attempt to destroy an ethnic group since many of those assaulted were raped, murdered, and then bayoneted in the genitalia, the article cited.

"The Pakistan Army is an Islamic institution, its soldiers are warriors of God and ...they rape in God's name. Therefore the raping of girls and women, the forced bodily transgressions, and the mutilations are considered to be a triumph for good," the article said quoting a 2012 Case Study by Jessica Lee Rehman of California University.

Bengalis were deemed to have inherited Hindu features which were reasons enough to brand them as heretical targets for savage activities, the article further said.

The editorial went on to describe several more gory details of the Bangladeshi genocide and rape citing scholarly works of journalists who were present in Bangladesh in 1971. It further referred to the estimations of the number of women raped based on the number of abortions and suicides in the immediate aftermath of the Bangladesh Liberation War of 1971.

The official figure that the Bangladesh government recognizes states that around 200,000 women were raped, while the estimates of Bangladeshis killed during the time stand up to 3 million.