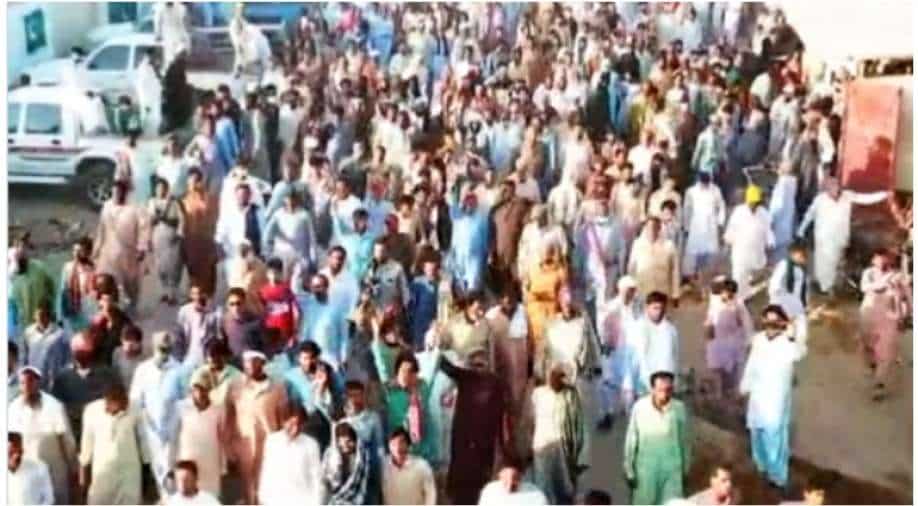 (Image: @TBPEnglish) People can be seen marching on the streets of Gwadar protesting the Chinese Photograph:( Twitter )

Senior Pakistani journalist Razeshta Sethna found that the Imran Khan government has served the interests of the state more than any previous government when it comes to muzzling critical news coverage.

This assertion was made in a report published by HRCP titled, "Truth Comes at a Price: Censorship and the battle for an independent media."

This report was published based on evidence from respondents associated with the country`s print, electronic and digital media.

The report documents the frequency and types of attacks on journalists and asks whether such attacks have changed face as journalists increasingly use online platforms to hold power to account.

Senior Pakistani journalist Razeshta Sethna found that the Imran Khan government has served the interests of the state more than any previous government when it comes to muzzling critical news coverage.

She argued that press censorship, regulatory media control mechanisms and intimidatory tactics have worsened as the government and security apparatus subvert freedom of expression and access to public information.

The report demonstrates how the media remains hostage to repressive tactics and documents how women journalists in particular have experienced increased threats and harassment in the line of duty.

It also shows how both the government and state have pushed the media into a tight corner, compelling owners and editors to follow certain directives or face the consequences.

The report pays particular attention to the media landscape in Balochistan and Khyber Pakhtunkhwa, where threats to journalists and media blackouts have severely compromised the public`s access to information.

In 2021, Reporters Without Borders placed Pakistan 145th among 180 countries in its 2021 World Press Freedom Index.In March 2021, the International Federation of Journalists listed five countries--including Pakistan--as the second-most dangerous for the media, with 138 journalists killed since 1990.