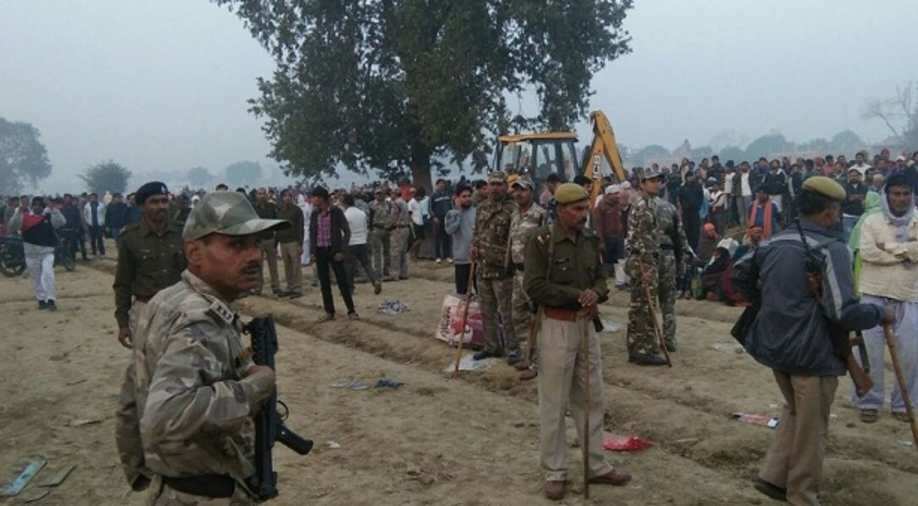 Police personnel and onlookers at the site of the accident in Pukharayan near Kanpur, Uttar Pradesh. Photograph:( ANI )

Indian railway minister Suresh Prabhu has ordered an investigation into the derailment of the Indore-Patna express train in which at least 60 people were killed.

The train ran off the tracks at about 3 am in Pukhraya, Uttar Pradesh, about 100 km from the city of Kanpur.

"All rescue relief work on to deal with unfortunate accident. All medical and other help rushed. Enquiry ordered. Situation monitored closely," Prabhu said in a series of tweets.

"Senior officers ordered to go to spot immediately. They are on way to accident site. Local MP, MLAs other functionaries rushed. Medical assistance of all kinds is offered. Rail mobile medical units rushed to site. All injured rushed to hospitals, immediate medical help and ex-gratia to unfortunate passengers who died and to injured will be given," he added.

Prabhu also said the enquiry team would start looking immediately into what might have caused the accident and that all necessary assistance provided to the affected.

The news agency PTI reported sources as saying that it looked like a "rail fracture" might have caused the accident, but that an exact cause will be known only after an enquiry.

"Strictest possible action will be taken against those who could be responsible for accident," Prabhu added.

Strictest possible action will be taken against those who could be responsible for accident,All possible mobilisation for relief initiated

(A version of this report first appeared in DNA)