India's tobacco industry, government face off ahead of WHO conference 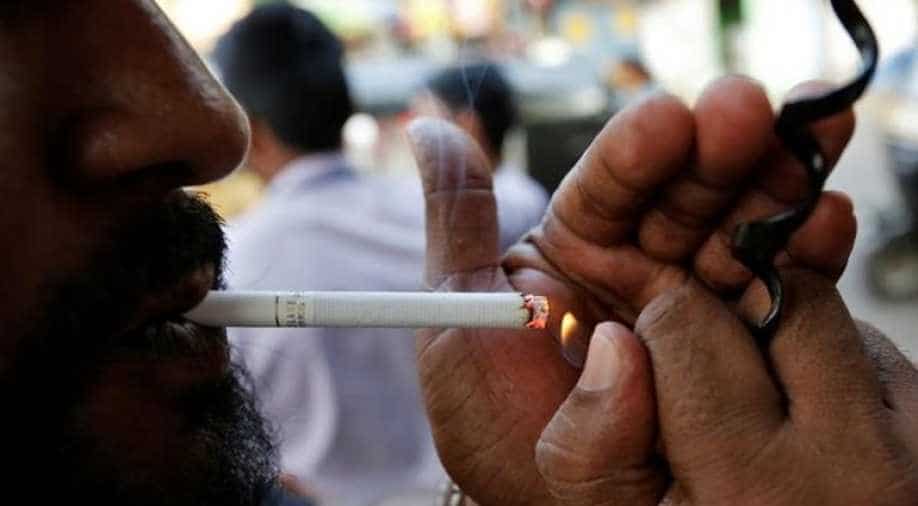 India's $11 billion tobacco industry has urged the government to take a softer line on tobacco control efforts when it hosts a WHO conference in New Delhi next month, but officials say the government will not bow to "pressure tactics".

Delegates from about 180 countries will attend the November 7-12 World Health Organization (WHO) conference on the sole global anti-tobacco treaty: the Framework Convention on Tobacco Control (FCTC). In force since 2005, the treaty aims to deter tobacco use that kills around 6 million people a year.

The industry in India, the world's third-biggest tobacco producer, wants Prime Minister Narendra Modi's government to soften its stance on what it says are tough FCTC measures that threaten livelihoods among the estimated 46 million people linked to the sector.

In documents obtained by a Reuters reporter under India's Right to Information law, industry and farmer groups wrote to officials across government asking to attend the WHO FCTC conference and be part of India's delegation, in an effort to protect their interests.

Global tobacco firms have criticised the biennial event for not being transparent, in part because proceedings have in the past not been open to the public, including industry representatives.

The tussle comes at a time when the Indian industry is smarting from measures imposed this year forcing companies to print bigger health warnings on tobacco products.

A tobacco farmers' group this month questioned the legality of India implementing the FCTC treaty, and asked the Delhi High Court to compel the government to allow farmers to attend the WHO FCTC conference. A judge last week asked the government to "consider" the plea, but did not rule on the other requests.

"If we take them in the delegation, the government of India may feel embarrassed," said one health ministry official, who didn't want to be named because of the sensitivity of the matter. "We will not act on these (lobbying documents)".

Around 1,000 tobacco farmers staged silent protests on Thursday outside the federal health ministry and the WHO regional office, both in New Delhi, appealing to the government to boycott the conference.

The WHO FCTC Convention Secretariat in Geneva told Reuters it welcomes India's decision, saying its guidelines state that no country should have delegation members linked to the tobacco industry.

Conference decisions on treaty provisions - designed for eventual implementation at national level by signatories - have a direct bearing on the global tobacco industry that Euromonitor International estimates is worth $784 billion this year.

Topics for debate at the WHO FCTC conference include alternative livelihoods for tobacco farmers, e-cigarettes and trade and investment issues.

The nation's main cigarette industry body, the Tobacco Institute of India (TII), and farmer groups wrote to the agriculture ministry demanding to have their views represented and to be allowed into the WHO FCTC conference.

In a September 28 letter, the TII said "there is no obligation on any signatory to the FCTC to comply with or implement any provision of the FCTC". The WHO, however, says the treaty is legally binding on its member countries.

The TII — which represents cigarette makers including ITC and Godfrey Phillips — also sent the health ministry a 'handbook' detailing how FCTC proposals are a threat to farmers' livelihoods.

It asked the government to ensure that "unreasonable and impractical" proposals are not adopted at the WHO FCTC conference.

The TII did not respond to Reuters queries on the make-up of the Indian delegation or the legality of the FCTC.

In another letter, a group representing traditional Indian cigarette makers urged Modi to ensure the health ministry does not make any anti-tobacco commitments before or after the conference, fearing the potential impact on those tied to the industry.

The health ministry official said the government would consider farmers' views, but there was "no soft corner for the industry".