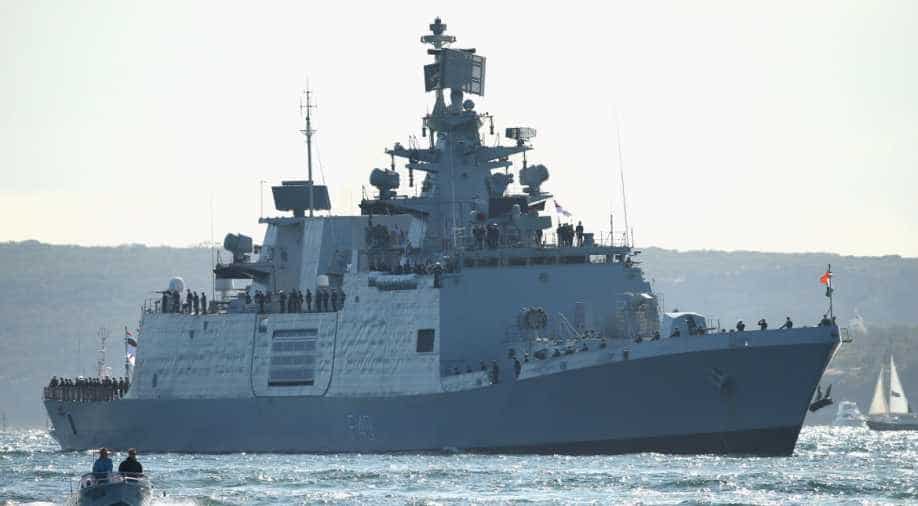 Indian Navy's evacuation operations at Havelock Island, Andaman and Nicobar Islands have been stalled due to bad weather.

All four ships of the Indian Navy, which are to carry out the evacuation of 800 stranded tourists are still waiting outside the harbour due to rough sea and torrential rains.

"Evacuation process not commenced due to unfavourable conditions. Ships waiting outside harbour. Adequate food, fresh water, medicines, doctors, divers and A&N administration personnel being ferried on board to provide succour and relief," a statement from the Indian Navy said.

The Indian Navy was asked for assistance by the Andaman and Nicobar Island administration to carry out the evacuation, following which, four ships were deployed.

"Civil administration requested the Indian Navy to assist them in evacuating 800 tourists stranded due to torrential rains and rough sea," the statement said.

Four Indian Navy ships -- INS Bitra, Bangaram, Kumbhir and LCU 38 -- have been deployed at the Havelock Island to undertake evacuation of the stranded tourists, which is being delayed due to bad weather.

Many tourists have been stranded with no flights and ships due to rough weather. In several areas, there is no mobile or internet connectivity.

A deep depression over the Bay of Bengal is bringing heavy rains to the Havelock Island since the last two days. According to the Met office, this deep depression will turn into a cyclonic storm over the next 48 hours over Andaman Nicobar.