Indian defence forces to be 'Junior ally' of US, says Indian left party 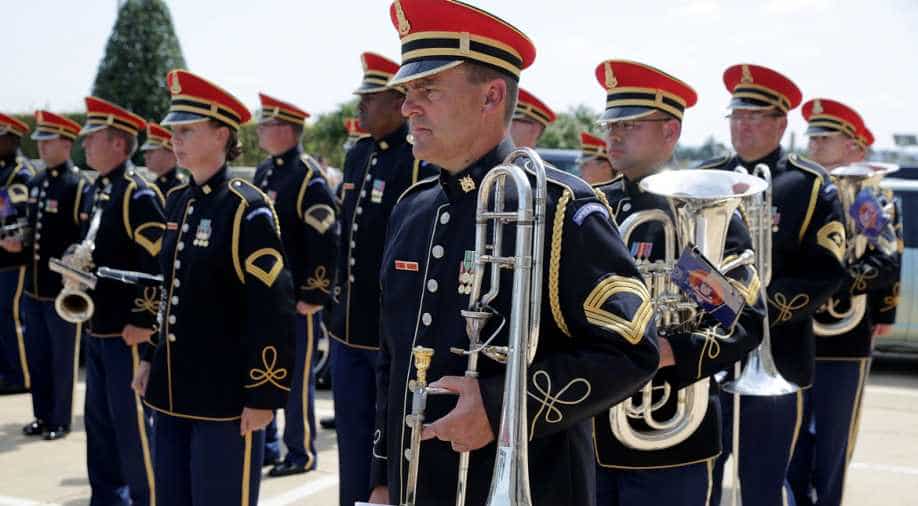 Indian defence forces and defence production would be "open to scrutiny" and "control" by the United States, which will make India its "junior ally" following finalisation of the "Major Defense Partner" designation, CPI(M) has alleged.

Noting that the US has placed the details of "Major Defense Partner" designation for Senate approval as part of FY 2017 National Defense Authorization Act (NDAA), the party said the Narendra Modi government "has not even made a statement in Parliament about such a significant deal".

"The country can see the US side of the deal by reading the 2017 NDAA, but remains ignorant of the Indian commitment as a 'Major Defense Partner' of the United States," CPI(M) General Secretary Sitaram Yechury said.

In a letter to the Prime Minister, he referred to Paragraph (E) of Section 1292 of 2017 NDAA, "which talks of 'mechanisms to verify the security of defense articles, defense services, and related technology, such as appropriate cyber security and end user monitoring agreements' for items and technologies sold to India.

"Paragraph (F) thereafter states that India will align its 'export control and procurement regimes with those of the United States'."
Yechury further said, "Paragraph(I) of Section 1292, 2017 NDAA makes the facts amply clear. It explicitly highlights enhanced 'defense and security cooperation with India in order to advance United States interests in South Asia and greater Indo-Asia-Pacific regions'."

"This is, sadly, a commitment by your government to become a junior ally of the US in our own neighbourhood. This represents the final nail in the coffin of India's independent foreign policy," Yechury said in his letter to Modi. He said, "These are significant concessions made by your government which will make Indian defence forces open to American scrutiny, and Indian defence production under the control of the United States of America."

"Serious apprehensions arise about your government compromising India's sovereignty and strategic autonomy," the CPI(M) leader said, quoting the US statement as saying that the "Major Defense Partner" designation was "a status unique to India" and brings "India to a level at par with that of the United States' closest allies and partners".

"This is a significant departure from India's long- standing policy on defence relations and it has been done without taking Parliament into confidence," Yechury said.

The finalisation of the "Major Defense Partner" designation to India by the US had followed the signing of the Logistics Exchange Memorandum of Agreement (LEMOA) between the US and Indian defence ministries earlier this year.

Yechury said, "It is particularly galling that all these commitments, as part of the announcement of the 'Major Defense Partner' designation, were made by the Defence Ministry when both Houses of Parliament were, and still are, in session.

"This is in complete contravention of the established norms and practices of our parliamentary system," he said.

He said he was constrained to state that "your government seems particularly keen on ignoring Parliament, because even the text of LEMOA has so far not been placed before either of the Houses or the Standing Committee on Defence.

"It needs no reminder that Parliament represents the people of this great country and by choosing to willfully ignore Parliament, you are disrespecting 1.3 billion Indians," he said and demanded that full texts of these documents are tabled in Parliament during the ongoing session and made public immediately.