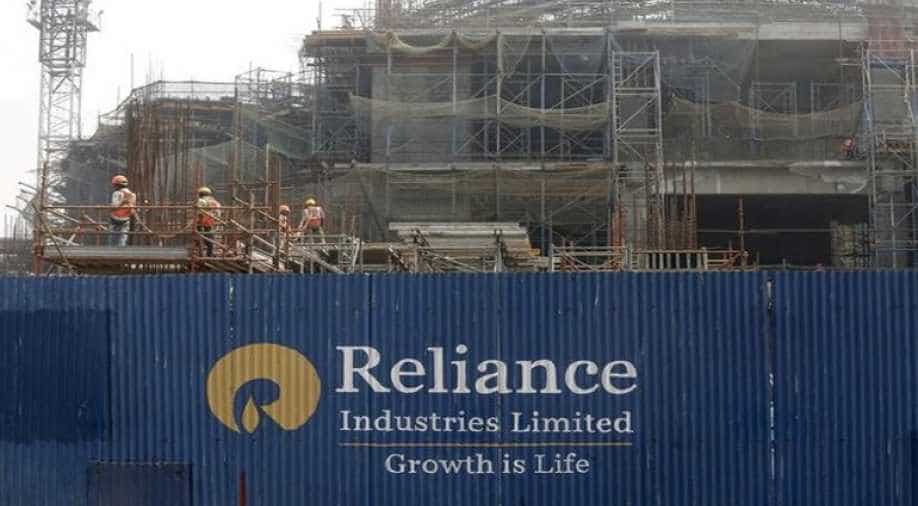 Labourers work behind an advertisement of Reliance Industries Limited at a construction site in Mumbai in India on March 2, 2016. Photograph:( Reuters )

Indian conglomerate Reliance Industries Limited (RIL) will be filing a notice of arbitration to contest the USD 1.55 billion fine slapped on the conglomerate for selling gas belonging to the blocks of state-run Oil and Natural Gas Corporation Limited (ONGC).

The penalty was announced by the oil ministry on Friday and  a notice was issued to Reliance and  its partners, UK-based energy giant BP and Calgary-based Niko Resources Ltd, for extracting gas from the adjacent blocks operated by Oil and Natural Gas Corp.

However, RIL finds this decision arbitrary and it believes that they have abided by the law.

RIL holds that this demand is based on "misreading and misinterpretation of key elements under the production sharing contract and is without precedent in the oil and gas industry anywhere in the world."

The official statement issued by the company reads:  "RIL proposes to invoke the dispute resolution mechanism in the PSC and issue a notice of arbitration to the government. Ril remains convinced of being able to fully justify and vindicate its position that the government's claim is not sustainable."

According to the company, the sheer lack of data makes it impossible to estimate the quantity of hydrocarbons in the block.