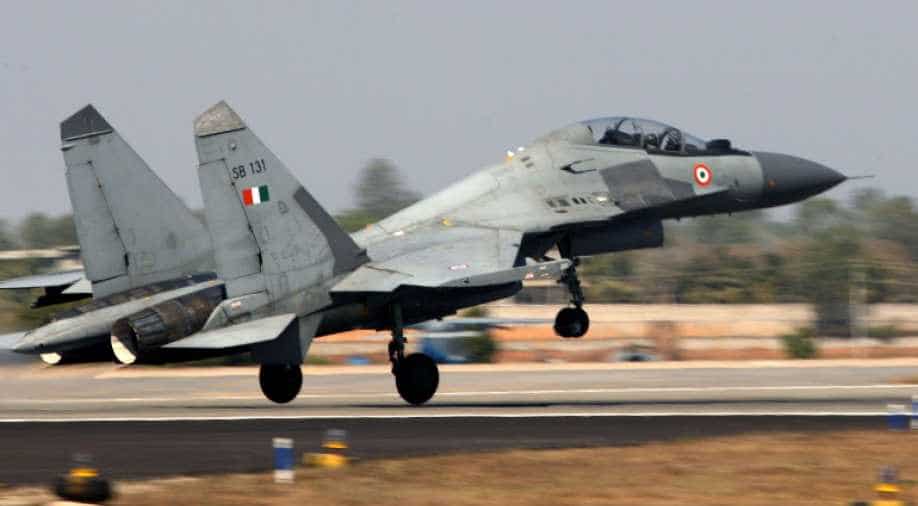 Additional SP Barmer Rameswhar Lal said the crash occurred near Shivkar village in Sadar police station area. The police were informed about the incident at around 2:50 pm(Indian Standard Time) following which policemen and officials from the district administration rushed to the spot. Indian Air Force officials also reached the spot.

The injured were identified as Narayan Ram, his daughter-in-law Dalluram and 14-year old-grandson Hanumanram. Their condition is stated to be stable, SHO Kotwali Bhanwar Lal told PTI news agency.

In a separate incident related to IAF aircraft, a Chetak helicopter crash landed in the Kaushambi district in Uttar Pradesh minutes after it took off from an airbase on the outskirts of the city this morning. No casualties were reported in the incident.

Yesterday, in a written reply to a member's question Minister of State for Defence Subhash Bhamre had said that in the current year, five fighter jets have crashed against four in 2015-16. He said seven jets had crashed in 2014-15 while the number was six in 2013-14.