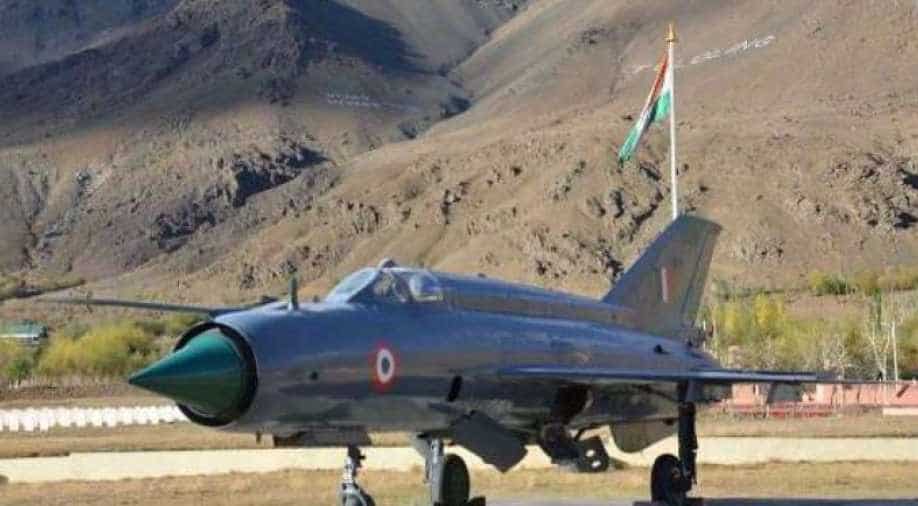 The Air force, in a statement, said, 'during the aerial engagement that followed, one MIG 21 Bison of the IAF shot down one F16 in Nowshera sector'.

The Indian Air Force (IAF) has dismissed a US media report that says no Pakistan Air force F16 were downed on February 27 when Islamabad attacked Indian military installations.

According to Foreign Policy magazine, Pakistan had invited the US to physically count the number of F16s and all fighter planes were accounted for.

At 10 am on February 27, Pakistan Air Force's  F16s, JF 17s and Mirage III/V aircraft were picked by the IAF radars. They were intercepted by IAF Sukhoi Su-30MKI, Mirage 2000 and Mig 21 Bison fighters guided by ground radars and AWACS.

The Air Force, in a statement, said, "during the aerial engagement that followed, one MIG 21 Bison of the IAF shot down Pak's F16 in Nowshera sector".

It added that the ejection took place from a Pakistani F16 on that day and electronic signature confirmed that.

The IAF said, "sitting ejection" at two different places took place on February 27, "one was an IAF MIG 21 Bison and the other a Pak aircraft. Electronic signatures gathered by us indicate that Pak aircraft was an F16".

India has already raised the matter with the US regarding the use of F16s given by Washington to Islamabad. New Delhi had provided evidence of the use of F16 by showing the use of the AMRAAM missile that can only be deployed on F16.

The Ministry of External Affairs spokesperson Raveesh Kumar on Thursday said, "whether and under what circumstances F16 is or is not allowed will have to come from the US. The fact of the matter is that it was used and we understand as per the understanding of the use of F16 between US and Pak, it should have not been done and this is why had flagged it with the US."

The US state department has said that it is "taking a look" on the use of F16 by Pakistan on February 27.