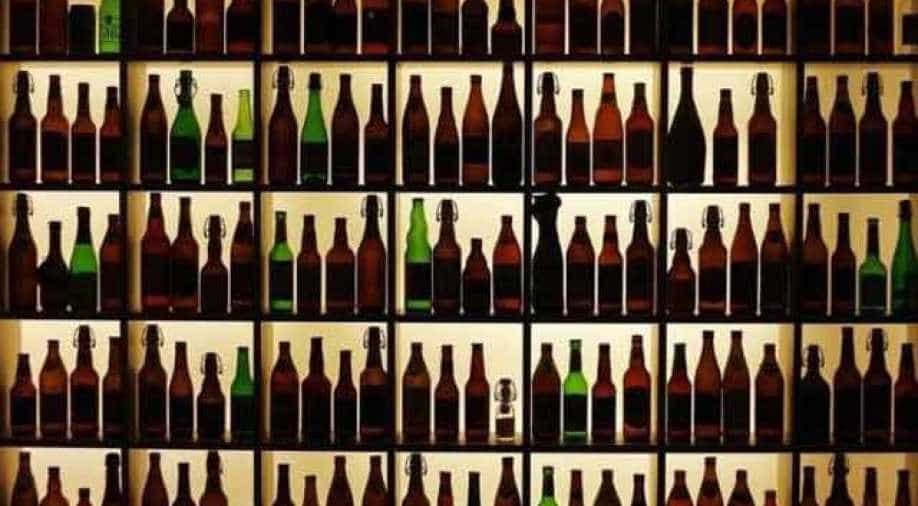 Several states, including Kerala, Himachal Pradesh, Arunachal Pradesh, Punjab, Telangana and Haryana and various others had told the apex court that 500-metre distance is much higher and should be reduced. Photograph:( DNA )

In Delhi, 100 restaurants, liquor vends and bars, including those in five star hotels, along the six national highways passing through the state stopped serving alcohol.

The state's excise department is planning more action but is already flooded with representations from licence holders, who claim their outlets do not fall within the 500 metres range laid down by the apex court.

In neighbouring Noida, the number of vends no longer serving drinks was 42 while out of total 292 bars in Gurugram, the Supreme Court order would impact 106, officials said.

These include the VIP Lounge in the city's domestic airport, he claimed.

Maharashtra government expects it would lose an annual Rs 7,000 crore, because of the ban. The state's Excise Minister Chandrashekhar Bawankule has said that alternative ways to increase the revenue would be explored.

The visitors to three Trivandrum Club, Trivandrum Tennis Club and Sri Mulam Club in Thiruvanthapuram would miss their drinks as the bars in these places have been shut.

Overall in Kerala, one of the highest liquor consuming states, 1,956 liquor bars and toddy shops have been affected.

These include outlets run by the Beverages Corporation and Consumerfed, 11 bars in five star hotels, bars in 18 clubs, 586 beer wine parlours and 1,132 toddy shops which have been told to stop serving liquor.

Kerala is looking at revenue losses as well as the tourism industry being affected. State Excise Minister G Sudhakaran however has made it clear that the apex court directions would be followed.

In Chennai, over 35 star category hotels serving liquor in and around the city and around 250 elsewhere in Tamil Nadu would be affected, it is estimated.

Business has taken a blow in Mahe enclave in Puducherry where liquor is cheaper than Kerala attracting tipplers from neighbouring districts. At least 32 shops come within the 500 meters range in in Mahe.

Puducherry PWD Minister A Namassivayam said that the overall revenue loss to the Union Territory is expected to be around Rs 60 crores.

"The Supreme Court order would impact about 60 to 70 per cent liquor licences issued in the state," the Association's General Secretary Honnagiri Gowda said.

In Goa, some 30 per cent of liquor outlets have shut down following the Supreme Court order. Chief Minister Manohar Parrikar yesterday met representatives of liquor traders to look at their issues.

The Supreme Court has in an order said that Liquor vends within 500 metres of national and state highways will have to shut down from April 1.