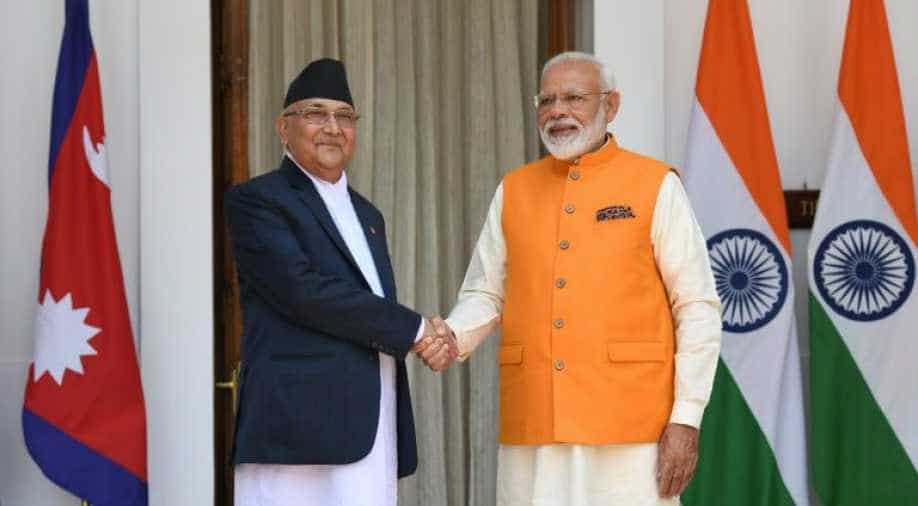 India and Nepal not only share an open border and unhindered movement of people, but they also have close bonds through marriages and familial ties.

At least 8 million Nepalese live in India they don't need a visa. They are given facilities and opportunities at par with Indian citizens.

The two countries not only share an open border and unhindered movement of people, but they also have close bonds through marriages and familial ties, popularly known as Roti-Beti ka Rishta.

The India-Nepal Treaty of Peace and Friendship of 1950 makes an interface of the special relations that exist between India and Nepal.

Trade along the India-Nepal border is unmatched. India is Nepal’s largest trading partner. The bilateral trade in 2018-19 reached 8.27 billion dollars. India's export to Nepal is of 7.76 billion dollars.

Both the countries trade practically everything of basic necessity.

Nepal relies on India for them it also depends on India- for access to sea for third country trade if the route is recalculated via China then it becomes 4,000 kms three times more than the distance between Nepal and Kolkata.

India set up the first foreign library in Nepal the two countries share food and language.

At least 6 lakh Indians live in Nepal this includes doctors, engineers, I-T professionals the same applies to the Nepalese they have relatives in India.

Common citizens of Nepal feel that India is like home to them it does not feel like another country.

India and Nepal share a civilisation, both have common history, there is no alternative- but for the two countries to work together. New Delhi knows this Kathmandu- does too.

The India-Nepal relationship isn't optional it's the only viable alternative for the govts of these countries.