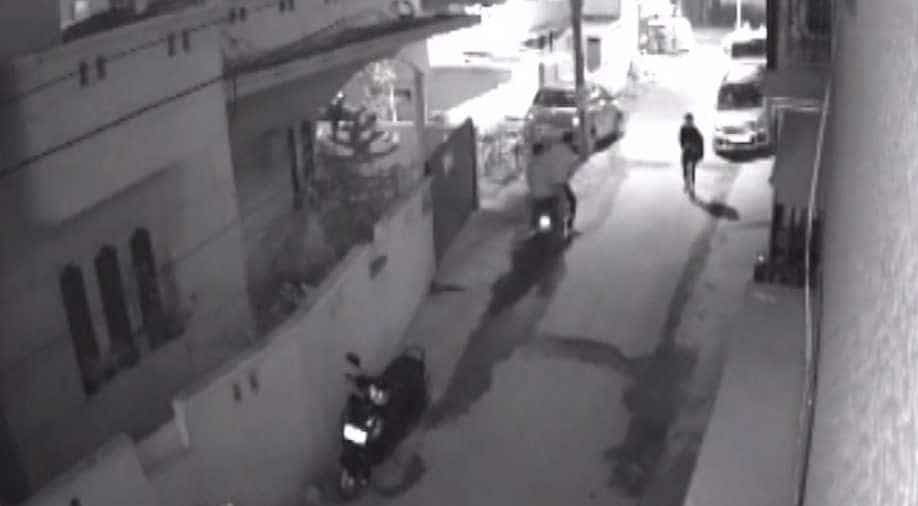 The victim used to order food from a restaurant the four men worked at. Police said a total of six men were following three women that day. Photograph:( ANI )

Bengaluru police have arrested four men and are looking for two more for the assault on a woman early on New Year's day.

The assault -- by two men on a scooter -- was caught on CCTV camera.

The six men, she added, had been following three women that night.

One of the attacks was caught on camera; it is however still unclear if the other two women were also attacked that day.

She added that the police said the attackers had been stalking their victim for a week, who used to order food from a restaurant the four men worked at.