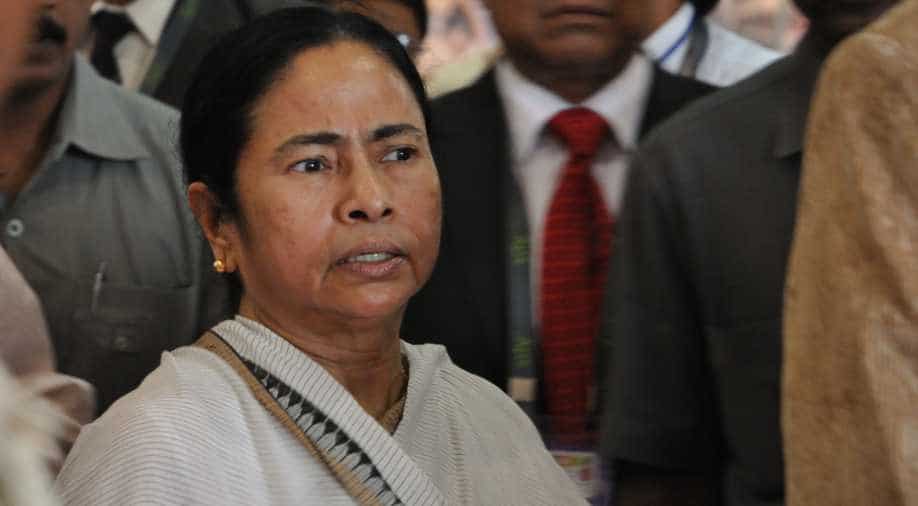 Banerjee refused to leave office and sources at the state secretariat revealed that she decided to stay on the night as the army was still carrying their exercise in other parts of Bengal. Photograph:( Others )

Indian defence minister Manohar Parrikar on Friday said that the army deployment in West Bengal was a “part of routine exercise”, PTI reported.

He was speaking at Lok Sabha after the Trinamool Congress' MPs (Members of Parliament) raised the issue in Parliament.

Alleging that the Union government breached the authority of West Bengal government by deploying army at the toll plazas, Banerjee had refused to leave her office in a protest against the army presence.

Banerjee refused to leave and sources at the state secretariat revealed that she decided to stay on the night as the army was still carrying their exercise in other parts of Bengal.

According to the Army Eastern Command Headquarters, it was a routine exercise where the Army gathers data on load carriers. A tweet from the official Twitter handle of Army Eastern.

Command Headquarters highlighted that the exercise was undertaken with full knowledge of the police and the administration. It also added that the same exercise was being carried out at other North-Eastern states of India.

“The army conducts annual exercise throughout the county with the aim of getting statistical data about the load carriers that could be made available to the Army in case of a contingency. For this purpose vehicles are spotted to get basic parameters like make load capacity. The vehicle is then marked so that the next checkpoint knows that the vehicle had already been checked for the parameters. There is nothing alarming about this and it is carried out as per government orders,” read the statement, adding, “This gives an estimate about the number of vehicles that are passing a certain area that could be tapped during operations.”

However, the defence CPRO, Kolkata Wing Commander SS Birdi claimed that the exercises was undertaken after informing the District Magistrate and Superintendent of Police.

“This is not a deployment. This exercise is taking place under the laid down rules of the Central Government. The police and the administration are kept in the loop. There is nothing to get alarmed about,” said Birdi.

He further clarified that the exercise will continue today at the designated toll booths across Bengal as it is being done in accordance with the Indian law.

(WION with inputs from PTI/DNA)