India: Combing ops on in Nagrota after attack that killed 7 soldiers 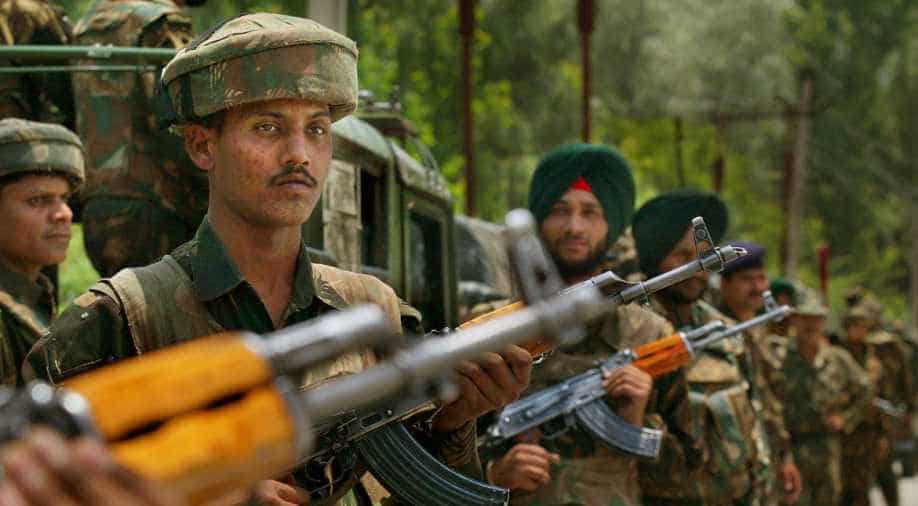 Extensive combing operations were being carried out Wednesday morning in Nagrota, in the Indian state of Kashmir, where terrorists attacked an Army base Tuesday, killing seven soldiers.

A group of heavily-armed militants in police uniform had stormed the army camp in Nagrota early morning Tuesday, triggering an intense gun battle that lasted hours.

That firefight soon turned into a hostage-like situation with 12 soldiers, two ladies and two children being held captive when the militants entered two buildings occupied by families, officers and men.

The captives were however successfully rescued.

The Indian army confirmed that two army officers and five soldiers were killed in the gun battle.

The Army said in a statement that the militants had forced their way into the Officers' Mess complex by throwing grenades and firing at the sentries.

The militants attacked the camp, about 11 km from Jammu, at 5.30 in the morning. The Army's 16 Corps is headquartered at Nagrota.

#UPDATE: Administration orders shutting down of schools in Nagrota(J&K) after exchange of fire between Army and terrorists

In another incident, three suspected militants were killed in Ramgarh in the Samba district after the Border Security Force spotted "suspicious movement" along the International Border.

PTI later reported that a BSF DIG and four other security personnel were injured in a blast while carrying out mopping-up operations.

In view of the Nagrota attack, the Jammu-Srinagar National Highway was closed to traffic Tuesday and an alert been sounded in Jammu city.

The district administration also closed all schools in Nagrota as a precautionary measure.