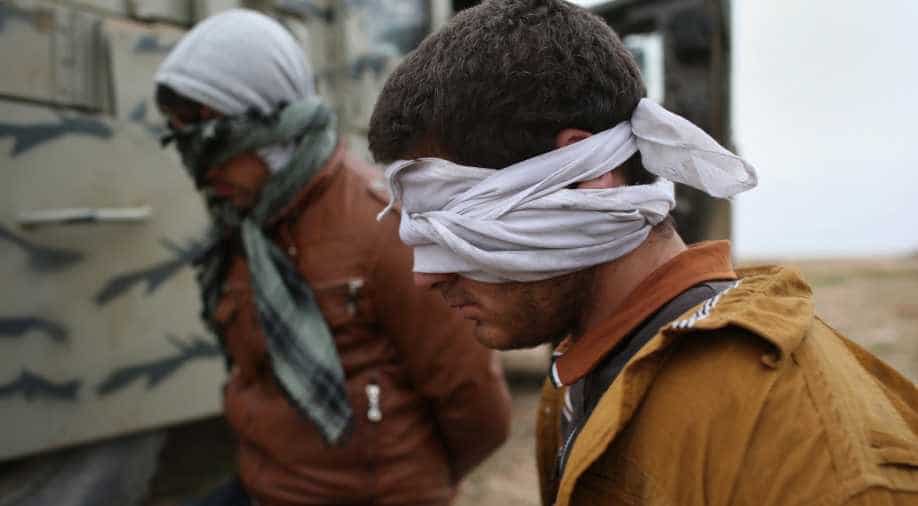 Islamic State has struggled to win over recruits in India, which is home to the world's third-largest Muslim population. Photograph:( Getty )

Indian counter-terrorism officials on Wednesday arrested five men on suspicion of plotting a series of attacks across the country on behalf of Islamic State, two intelligence officials said.

Nine men were detained and five of them were arrested for conspiracy to wage war against the Indian state, one of the officials said, on the condition he was not named. If a suspect is arrested, police have 90 days to present charges.

"We have ample proof to show that the suspects were working for ISIS (Islamic State), and also had direct connection with Syrian leaders," the first official told Reuters.

The second official, NIA Inspector General Sanjeev Kumar, said the men were recruited by an Islamic State handler operating outside of India, but declined to say how many of those detained would be charged.

Islamic State has struggled to win over many recruits in India, which is home to the world's third-largest Muslim population.

However, Indian police arrested 29 men last year for establishing bases to recruit men to the Islamist militant group. All men were charged with conspiracy to wage war against the state.

A handful of Indians are also suspected of having travelled to Iraq and Syria to join Islamic State, where the group is fighting to install an Islamic caliphate.

In a video circulated in May, a group of Indian fighters vowed to avenge the deaths of Muslims killed in riots in Prime Minister Narendra Modi's home state of Gujarat and elsewhere.