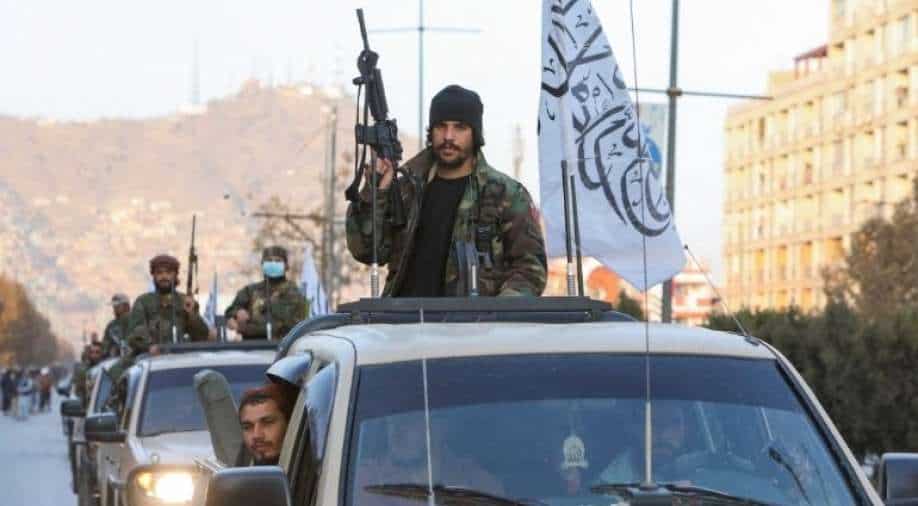 Thousands of Afghans are facing such traumatic dislocations as the new Taliban government uses property to compensate its fighters for years of military service, amid a crumbling economy and a lack of cash

For decades, roughly 1,000 families called the low-slung mud-walled neighborhood of Firqa home. Some moved in during the 1990s civil war, while others were provided housing under the previous government.

Soon after the Taliban takeover Aug. 15, the new government told them all to get out.

Ghullam Farooq, 40, sat in the darkness of his shop in Firqa last month, describing how armed Taliban fighters came at night, expelling him at gunpoint from his home in the community, a neighborhood of Kandahar city in southern Afghanistan.

Those who fled or were forcibly removed were quickly replaced with Taliban commanders and fighters.

Thousands of Afghans are facing such traumatic dislocations as the new Taliban government uses property to compensate its fighters for years of military service, amid a crumbling economy and a lack of cash.

Over decades, after every period of upheaval in Afghanistan, property becomes a crucial form of wealth for those in power to reward followers. But this arbitrary redistribution also leaves thousands displaced and fuels endless disputes in a country where the land ownership system is so informal that few people hold any documentation for the ground they call their own.

Just as during past changes in government, distributing property to Taliban disciples in swaths of rural farmland and in desirable urban neighborhoods has turned into at least a short-term recourse to keep stability within the Taliban ranks.

“Who has the guns gets the land,” said Patricia Gossman, associate Asia director for Human Rights Watch. “It’s an old, long continuing story.”

In a largely pastoral nation split by rugged mountain ranges, dotted with deserts and little forest, land is one of the most important assets and a flashpoint, fueling blood feuds between neighbors, ethnic groups and warlords as power has changed hands. Conflicting legal systems dictating land ownership and a lack of documentation have further destabilized the property market through the generations.

The country is slightly smaller in land area than Texas, with a population that has grown in past decades to around 39 million people. Yet, only one-eighth of Afghanistan’s land is farmable and shrinking under a crippling drought and changes wrought from climate change.

Today’s land disputes in Afghanistan can be largely traced to the Soviet-backed regime that came to power in the late 1970s, which redistributed property across the country. This quickly fueled tensions as land was confiscated and given to the poor and landless under the banner of socialism.

Land redistribution continued to play out, first during the civil war in the early 1990s and then under the rise of the Taliban. After the U.S. invasion in 2001, those same commanders who were once defeated by the Taliban went about distributing and stealing land once more, this time with the backing of the newly installed U.S.-supported government. U.S. and NATO military forces contributed to the problem by seizing property for bases and doing little to compensate landowners.

Attempts by the Western-backed government over the past two decades to formalize land ownership and property rights ultimately proved futile as the incentives to take advantage of the system overwhelmed efforts to regularize it.

Now more than three months after the Taliban’s rise to power, its administrators are in a similar position, but with no official policy regarding land ownership.

“We are still analyzing and investigating how to honor land deeds and titles for people,” said Bilal Karimi, a Taliban spokesperson.

Local Taliban leaders have been seizing and reallocating property for years in districts they captured to reward fighters and the families of their dead with land to farm or sell for profit.

In 2019, when the Taliban arrived at Mullah Abdul Salam’s modest poppy farm in Musa Qala, in Helmand province, he faced an impossible choice. Like many poor farmers in rural Afghanistan, he had no legal deed to prove he owned the ground he had cultivated for years.

So the Taliban gave him an ultimatum: Either pay a lump sum to keep his land or give it up.

“We came early, and we had the right to the land,” Salam recalled, standing on the edge of his poppy field in Musa Qala, shovel in hand. “It had to be ours.”

For some time, the land in Musa Qala was unclaimed, undocumented and written off as unfarmable, except by a few farmers such as Salam. Then the ground became more fertile with the widespread growth of solar power that enabled farmers to run well pumps, at far lower expense than use of conventional fuel. The Taliban tried to strike a balance by allowing the poor farmers to remain at relatively small cost, while allocating unclaimed plots to its fighters.

Khoi, a brother of a Taliban fighter who goes by one name, was among the family members of the militants who received land in Musa Qala two years ago. Since then, he said, fellow Taliban veterans had profited by selling portions of the property gifted to them.

“There is no more land for the Taliban to distribute here. If they could, they would,” he said.

With no official guidance, Taliban officials have now resorted to the same practices throughout the country that carved up the area around Salam’s farm.

But as the Taliban distribute property, parts of the population have been left confused and angered by the actions of their new government, which suspiciously resemble the behavior of its predecessors.

In Takhar province, a historically anti-Taliban stronghold in Afghanistan’s north, Taliban fighters have evicted people — including some who had lived there for more than 40 years — in several districts, saying the land was unfairly distributed by previous governments, said a former Afghan lawmaker on the condition of anonymity for fear of retaliation against her family.

Takhar residents, the former lawmaker said, have started to question whether Taliban administrators can run the country any more effectively than their predecessors, given how they are following the same practices as past governments.

“The greatest issue for the Taliban going forward will be to deal with land documentation and legalization,” said Fazal Muzhary, a former researcher at Afghanistan Analysts Network, a policy research group, who focused on land ownership in Afghanistan. “So when the Taliban want to legalize or demarcate lands, they will also need to take back the lands from people who grabbed them in any period, in the '70s, '80s, '90s, 2000s and so on. This will be very challenging for them.”

In central Afghanistan, property disputes of another nature are playing out: the marginalization and displacement of ethnic minorities in order to seize their arable land. Taliban leaders have long persecuted and antagonized the Hazaras, a mostly Shiite minority, and in recent months, the new government has watched as local strongmen evicted hundreds of families.

In September, Nasrullah, 27, and his family fled their village in Daikundi province, along with around 200 families who left nearly everything, he said.

Such displacements have upended more than a dozen villages in central Afghanistan, affecting more than 2,800 Hazaras, according to a Human Rights Watch report.

In recent weeks, local courts have overturned some seizures, allowing some families to return. But for most, the evictions have been traumatic.

“In each village, the Taliban put a checkpoint, and the people aren’t allowed to take anything but our clothes and some flour,” said Nasrullah, who goes by one name, during an interview in September. “But I brought only my clothes.”