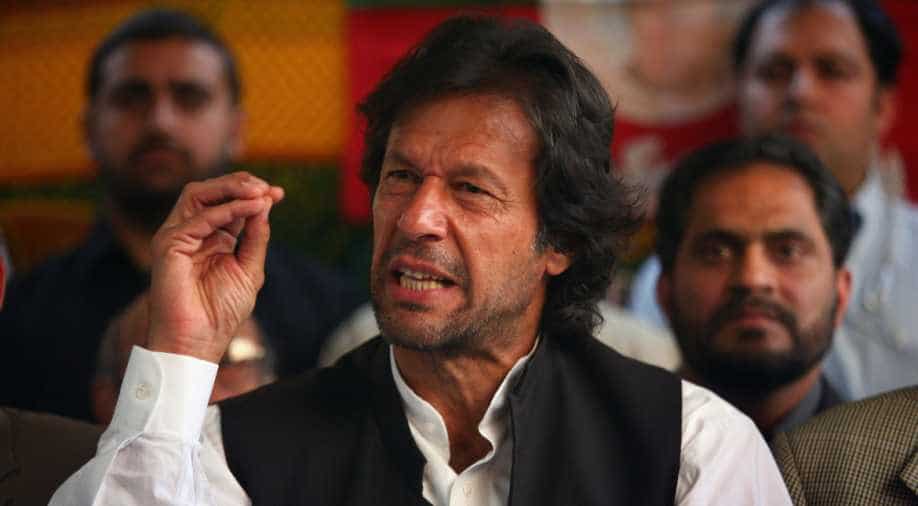 Khan is accused of bringing foreign funds to Pakistan.

Imran Khan, who is accused of bringing foreign funds to Pakistan, has submitted a reply with the Election Commission of Pakistan (ECP) in a contempt of court case on Monday, reported Pakistan daily DAWN.

The election body will review the reply on September 27 and will give its judgment after that, said in its short order.

The ECP was hearing a contempt case against the Pakistan Tehreek-e-Insaf (PTI) chief filed by a party dissident and founding member, Akbar S Babar.

The DAWN cited the petition as claiming that Khan had used derogatory language in a reply to the commission in another case regarding party funding which was tantamount to contempt of court. After that, Saqlan Haider, Imran Khan's lawyer, had submitted an unconditional apology.

However, Khan said in a televised interview that he himself had not apologised and that his counsel has tendered an apology in his personal capacity. Seeing this, the ECP was once again moved to proceed against the PTI chief.

Imran Khan, in his written reply, has said that Saqlain Haider had submitted the apology on his behalf, and he has not objected to or opposed the apology. "My counsel appeared as pleader/advocate with full authority to act on my behalf to set at rest the liss/contempt proceeding," reads Khan's written reply. Khan argued that the matter should have been settled after the submission of apology.

Earlier this month, a bailable warrant was issued against the PTI chief when he reportedly failed to appear before the court. The ECP had directed Khan to submit his reply by September 25.

Khan has, however, said that he had not committed any wrongdoing or financial crime.

Imran Khan's counsel Babar Awan, who is representing him in the Election Commission, also submitted the order of Islamabad High Court suspending the arrest warrant. He further argued that the high court is going to hear a petition on the ECP's powers in connection with contempt of court hearings, DAWN reported.

In addition to this, the petitioner has filed yet another application earlier on Monday against Khan arguing that he has once again criticised the ECP, asking to launch another contempt of court proceeding against him. Regarding this, ECP has directed Imran Khan to submit a reply on September 27.

The PTI chief recently said that he will oppose Election Bill 2017 even if he gets disqualified under Article 62 and 63 of the Constitution.