'I wake up and scream': Secret Taliban prisons terrorize thousands 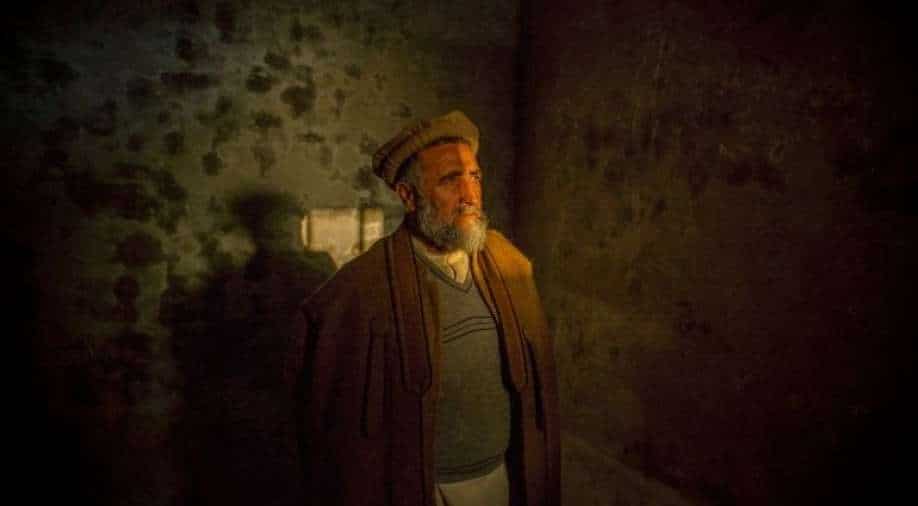 Fazul-Ahmad Aamaj, one of several semiofficial mediators in the area who people with relatives captured by the Taliban often turn to for help securing a release, in Faizabad, Afghanistan, Feb. 9, 2021. A potential U.S. withdrawal from the country, coupled with a weak Afghan security force, means the Taliban will likely continue to capture, condemn and torture thousands. (Kiana Hayeri © 2021 The New York Times) Photograph:( The New York Times )

'The Taliban beat him,' Mohammadi said quietly. 'I watched the killing of my son'

The Taliban prison is a ruined house, a cave, a filthy basement in an abandoned dwelling, or a village mosque. Beatings or worse are a certainty, and the sentence is indefinite. Food, if there is any, is stale bread and cold beans. A bed is the floor or a dirty carpet. The threat of death — screamed, shouted, sometimes inflicted — is ever-present.

Malik Mohammadi, a calm 60-year-old farmer, watched the Taliban put to death his 32-year-old son Nasrullah, an army officer, in one such prison. Over a period of nine days last year, Nasrullah, an epileptic, was refused medicine by his captors. He was denied food. His father saw blood coming from his mouth, and bruises from beatings. On the 10th day, he died.

“The Taliban beat him,” Mohammadi said quietly. “I watched the killing of my son.”

Such repression is part of the Taliban’s strategy of control in the territories under their rule. While the Afghan government and Taliban negotiators in Qatar fitfully talk about meeting for talks, even as the idea of real peace recedes, the reality is that the insurgents already hold much of the country. An approaching U.S. withdrawal, coupled with a weak Afghan security force scarcely able to defend itself, means the group is likely to maintain this authority and its brutal ways of invoking submission.

One of the Taliban’s most fearsome tools for doing so is a loose network of prisons, an improvised archipelago of mistreatment and suffering, in which the insurgents inflict harsh summary judgment on their fellow Afghans, arbitrarily stopping them on the highway. Mostly, they are looking for soldiers and government workers. The government too has been accused of mistreatment in its prisons, with the United Nations recently finding that nearly one-third of the Afghan army’s prisoners have been tortured.

In the Taliban’s case, the detained are locked up in hidden makeshift prisons, a universe of incarceration in which the hapless charges are often moved, day after day, from ruined house to isolated mosque, and back again — without any sense of how long their detention will last. The approach is anything but discriminating.

“It keeps coming back to me in my sleep,” said Sayed Hiatullah, a 42-year-old shopkeeper in Faizabad. Last year, Hiatullah was falsely accused at a Taliban checkpoint of working for state security. He was imprisoned for 25 days.

“I wake up and scream,” he said. “It was the darkest, most bitter period in my life. I was in shock for six months,” Hiatullah said.

“I relive my memories 100%, every second, every minute,” said Atiqullah Hassanzada, 31, an ex-soldier captured last year on his way to a military hospital in Kabul, speaking on the floor of his home. “I was beaten on the backs of my thighs and on the shoulder,” he said.

Faizabad, a town in Afghanistan’s far north and the capital of Badakhshan province, is inhabited by numerous ex-prisoners of the Taliban, as the insurgents control many of the roads from here to the capital, Kabul. Making that journey means exposure to Taliban checkpoints, and capture.

In Faizabad, the Taliban’s technique is to incarcerate and punish first and ask questions later. There is no judge and no court. Local villagers are forced to provide food. While thousands of Afghans have been detained in this way, there are no statistics. Afghan special forces said they recently freed more than 40 detainees from a Taliban prison in Baghlan province, a not uncommon incident in local news broadcasts. On Monday, 23 more were freed in Kunduz province, after being “extensively tortured” by the Taliban, said the Afghan Ministry of Defense.

The effect of these arbitrary imprisonments is one of terror. “I begged them, crying, to release me,” said Hiatullah. “They would beat me even more.”

“The Taliban stopped the vehicle and arrested me,” said Naqibullah Momand, traveling to his home in Kunduz province last year. “They put their hand on my heart to check my heartbeat,” said the 26-year-old television presenter.

For the Taliban, a rapid beat would have indicated guilt; Momand forced himself to remain calm, but he still ended up spending 29 days locked in a two-room house with 20 others, sleeping on a dirty carpet on the floor, a single lightbulb illuminated all night, before his captors conceded he wasn’t a member of the Afghan military.

Capture is only the beginning of the torment. Local commanders, often very young, have unrestrained control over their prisoners.

“The low-level Taliban members’ behavior is very bad,” said Fazul-Ahmad Aamaj, an elderly, semiofficial mediator in Faizabad, the best-known of about 15 in Badakhshan. People whose relatives have been captured often turn to Aamaj for help. He has secured the release of dozens of the group’s captives, through negotiations involving family, tribal elders and money.

Rahmatullah Danishjo, a university student captured on the road to Kabul, on his way from Wardak province in September 2019, was trussed up and taken to a village mosque. For him and other prisoners, the holy place hardly proved to be a sanctuary.

For local commanders, the mosque makes an ideal jail. “It’s the one central place in the village; in a lot of the villages, the mosque is synonymous with the Taliban,” said Ashley Jackson, co-director of the Centre for the Study of Armed Groups, who has studied Taliban justice extensively. “It’s the way they enforce behavior.”

The Taliban also operate a parallel network of civil courts in which religious scholars judge land disputes and family quarrels. These courts, with their swift judgments, have gained a reputation of sorts for efficiency and are welcomed by many Afghans, particularly compared to the government’s corrupted justice system. Taliban courts also judge murders and perceived moral and religious infractions. Here the emphasis is on “punishment”; the system “relies on beatings and other forms of torture,” Human Rights Watch said in a report last year.

Crimes perceived as political, like working for the Afghan government, or fighting for it, inhabit a different universe. There are no courts for such crimes. Local Taliban commanders have absolute authority “to arrest anyone they deem suspicious,” Human Rights Watch said.

Mohammed Aman, 31, a government engineer, said he was pulled over on the highway from Ghazni to Kabul one afternoon in November, handcuffed and taken to a mosque. “There were 10 or 11 others, handcuffed to a chain, inside the mosque,” he said. “We were praying, early in the morning. They came, and they beat us,” said Danishjo, who was held in another mosque.

“They beat us with sticks for maybe, five minutes. They hit us in the back,” he said. “They were beating us on the hands.”

“One of the Taliban flogged us in the courtyard of the mosque,” said Abdel Qadir Sharifi, 25, who was captured when his military base was overrun. “I believed they were going to kill me.”

Death is the ever-present threat, sometimes inflicted but more often used as a fearsome bargaining chip to gain what the Taliban want: money, a prisoner exchange, or a painfully extracted pledge to renounce government service. The deliberate, often slow, putting to death of captives also occurs.

Summoned along with village elders to negotiate his son’s release in exchange for Taliban prisoners, Mohammadi was able to see his son three times during Nasrullah’s brief captivity.

“They tried to sit him up. But he kept falling down,” Mohammadi recalled. The Taliban shouted at him: “‘Do you see what is happening to your son?’’’

The next day the Taliban moved Nasrullah to a ruined house. By the ninth day, he had lost consciousness. He was filthy, covered in urine and excrement.

His captors allowed Mohammadi to wash him in cold water. But it was too late. “He was dying,” his father said. “The last time I saw him, it was in the yard of the destroyed house,” he said.

After the death of his son, the Taliban tormented him. “Why don’t you cry?” they asked. “I told them, I don’t want to cry in front of the trees and the stones,” said Mohammadi.

His other son, Rohullah Hamid, 35, a lawyer in Kabul, who took part in the failed effort to get his brother released, said: “Every day, dozens of Afghans die because of the Taliban. The Taliban are the enemy of humanity.”