Hundreds protest, clash with police over gangrape in Bangladesh 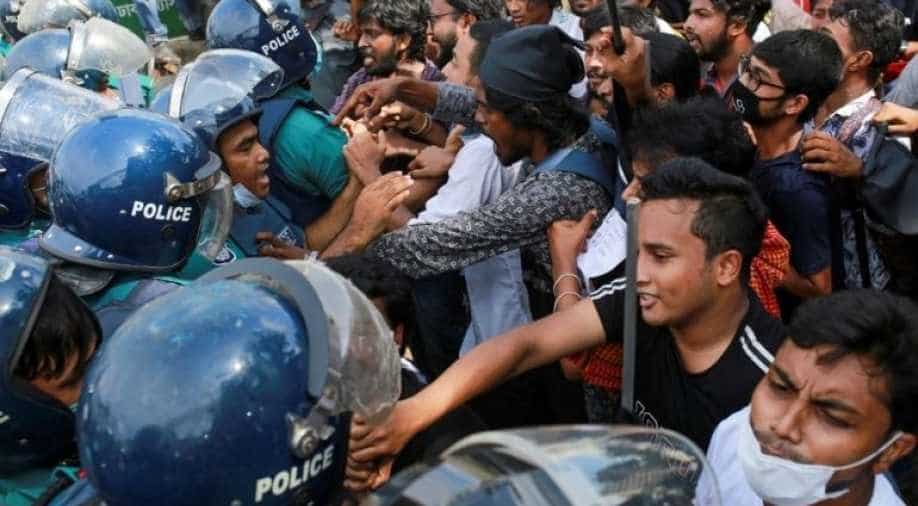 Protesters demonstrating against gangrape in a scuffle with police Photograph:( AFP )

The clip was shared tens of thousands of times on Facebook before it was pulled down, triggering outrage in the country

Hundreds of people protested, clashed with police in Bangladesh for a second day on Tuesday over the gangrape in the capital city of Dhaka.

The demonstrations erupted across the country after a video circulated that showed several men stripping and assaulting a woman, who belonged to a disadvantaged community in the southern district of Noakhali.

The clip was shared tens of thousands of times on Facebook before it was pulled down, triggering outrage in the country.

Several people got injured after demonstrators scuffled with police in Dhaka while marching on the office of PM Sheikh Hasina.

As per the local human rights organisation Ain-o-Salish Kendra (ASK), from January till September 2020 about 1,000 rape cases were reported, which includes 208 gang rapes.

The United Nations has also expressed its concern over the rising number of instances of violence against women in Bangladesh.

It has also demanded urgent reforms in the criminal justice system to support and protect the victims and witnesses.