Watch: Nepal celebrates ‘Kukur Tihar’ one day ahead of Diwali, a festival dedicated to dogs 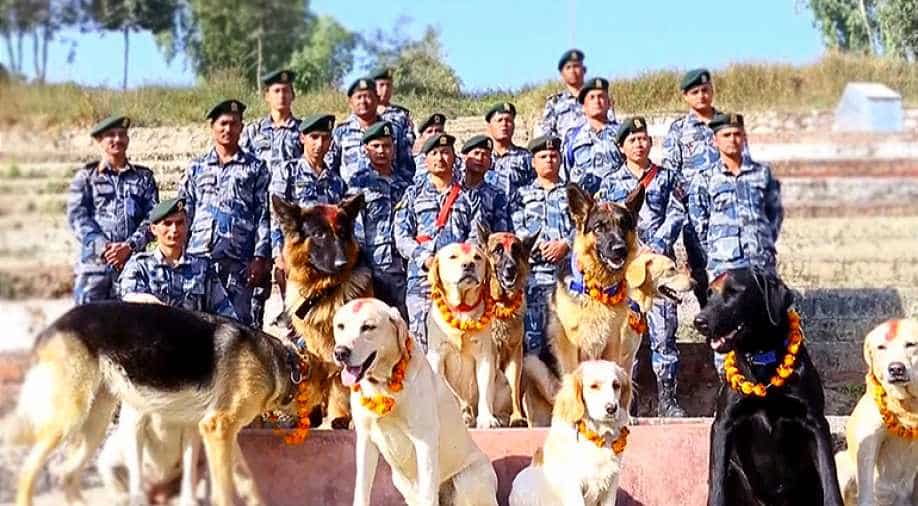 People in Nepal on Tuesday celebrated the day of the dogs or Kukur Tihar by offering garlands and food to the animals.

People in Nepal on Tuesday celebrated the day of the dogs or Kukur Tihar by offering garlands and food to the animals. Kukur (dog) Tihar, which acknowledges the cherished relationship between humans and dogs, falls on day two of Tihar, Nepal's second largest festival, more commonly known as Diwali.

The festival began on Monday with Kaag (crow) Tihar, with devotees worshipping the bird through offerings of food. The Tihar festival is not just about worshipping gods but is also about celebrating the important role animals, especially cows, crows and dogs, play in a human's day to day life, Ram Hari Adhikari, a local priest in Bhaktapur told EFE, adding that the festival marks the victory of good over evil.

"It also means the returning of good-health and wealth prosperity-into people's lives," Adhikari added. The festival of lights and flowers honours Yama, the god of death and worships Laxmi, the goddess of wealth, and is celebrated with fireworks and sweets.

The first day of the festival or Kaag Tihar, is the day of the crow, the messenger of Yama, while the second day or Kukur Tihar is for worshipping dogs, who are considered the agents of Yama.

Hindus also believe that during Tihar, the goddess of wealth, Laxmi, will visit their homes if they are lit, clean and beautifully decorated. Homes are cleaned and lit up with fairy lights, earthen lamps and flowers, and windows and doors are left open to welcome the goddess.

Brightly coloured Rangolis - colourful, intricate designs often made with rice flour - decorate entrances to homes and offices to welcome the goddess. Gambling, especially card games, are also popular parts of the festivities and are considered auspicious.