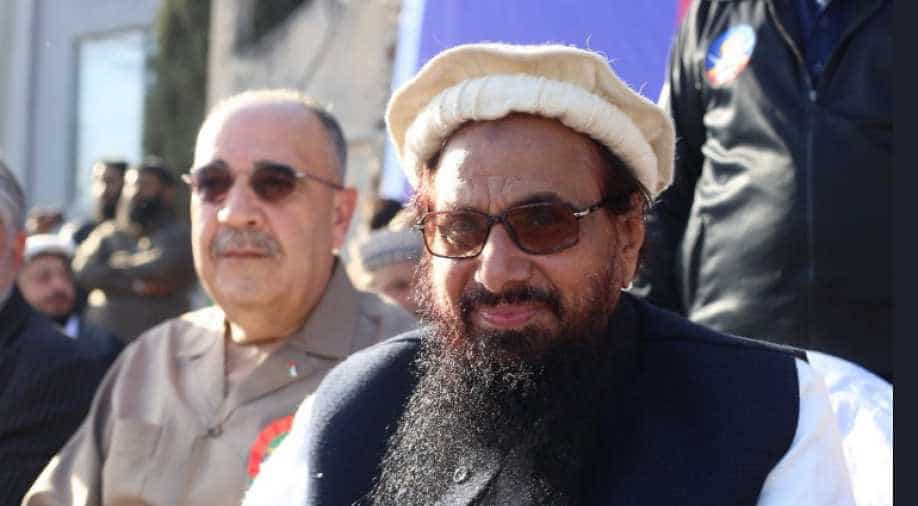 After it emerged that the Palestinian envoy was present at Mumbai terror attacks mastermind and Lashkar-e-Toiba (LeT) co-founder Hafiz Saeed's rally in Pakistan, India slammed Palestine.

Ministry of External Affairs (MEA) official spokesperson Raveesh Kumar in a statement said that they were taking up the matter with the Palestinian authorities.

Palestinian envoy Walid Abu Ali was spotted participating in a rally organised by the Difa-e-Pakistan Council in Liaquat Bagh in the Pakistani city of Rawalpindi on Friday morning.

Walid Abu Ali shared the stage with Hafiz Saeed during the rally.

The images of the two sharing the stage was widely shared on the social media and it soon went viral.

Formed in 2012, Difa-e-Pakistan (Defence of Pakistan) Council (DPC) is a congregation of Islamist groups in Pakistan, pressurising Pakistan government to snap ties with US and India.

Hafiz Saeed carries a bounty of USD 10 million for his alleged involvement in terror activities and has been declared a global terrorist by the United Nations.

Drone footage of the crowd at Rawalpindi's Liaquat Bagh assembled to hear JUD chief Hafiz Saeed's Friday prayers sermon -- where he praised the formation of a 41-nation military alliance of Muslim nations & said that it should take Trump's challenge #SolidarityWithAlQudus pic.twitter.com/FIbnsoCr3M

Since his release, Saeed has made several anti-India and US statements at various forums across Pakistan.

Interestingly, earlier this month, India joined 127 other countries to vote in the United Nations General Assembly in favour of a resolution opposing the recent decision of US President Donald Trump to recognise Jerusalem as Israel's capital.

This was in sync with Palestinian sentiments.