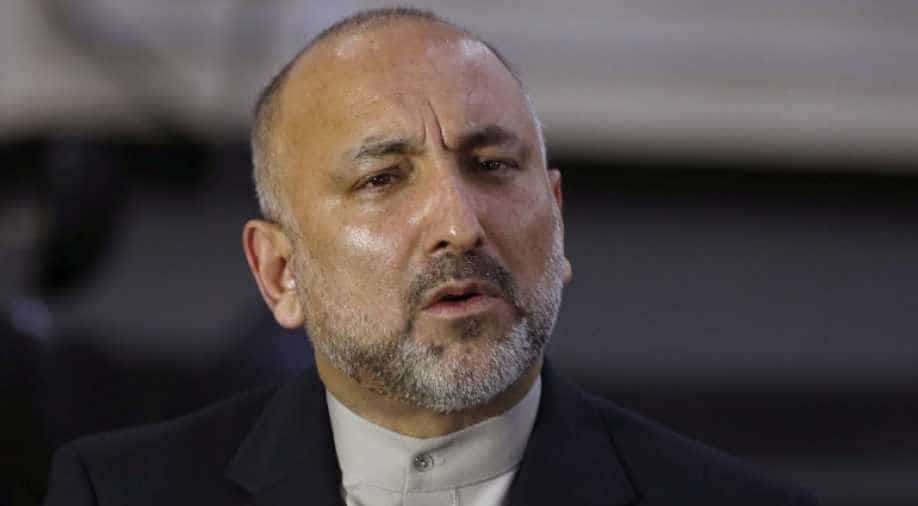 Mohammad Hanif Atmar, the country's top security official for four years before he quit in August over policy differences with Ghani, is seen by analysts as a leading contender in the election now expected in July.

A former national security adviser entered Afghanistan's presidential race on Friday, seeking to unseat his former boss President Ashraf Ghani with the promise of a renewed effort to bring peace to the country.

Mohammad Hanif Atmar, the country's top security official for four years before he quit in August over policy differences with Ghani, is seen by analysts as a leading contender in the election now expected in July.

Announcing his candidacy in Kabul, Atmar said he welcomed peace talks with the Taliban but added he would not accept the return of a Taliban regime.

"I definitely seek to have a change in the leadership and replace it with my 'Peace and Moderation Team' to bring peace to the country," Atmar told reporters.

The presidential polls will be a crucial test for election officials who were criticized for failing to conduct free and fair parliamentary elections last October. The 2014 presidential election won by Ghani was also tainted by accusations of widespread cheating.

Two senior election officials said on Friday the vote could be delayed in order to prioritize peace talks between US special envoy Zalmay Khalilzad and the Taliban to end the country's 17-year conflict.

Ghani has yet to register his candidacy for a second term, but last month he brought two vocal critics into cabinet in what critics saw as a bid to neutralize potential opponents ahead of the election.

Ghani's office was not immediately available for comment on Atmar's decision to enter the race.

Atmar, who began his security career with the Soviet Union-backed government in the late 1980s, is still seen as close to Russia.

An ethnic Pashtun, Atmar worked for the KHAD, an Afghan security and intelligence agency with strong ties to the Soviet KGB. During the Soviet-Afghan War he fought against the Afghan Mujahideen, and lost a leg defending the eastern city of Jalalabad in 1988.

"He is a strong, charismatic candidate, but he does not enjoy the complete support of the US," a Western diplomat in Kabul said.

"America's blessings are needed to be the leader of Afghanistan, especially now when peace talks with the Taliban are gaining momentum," the diplomat said on condition of anonymity.

Taliban representatives have met with US officials but have so far refused to talk directly with members of Ghani's government, which they consider an illegitimate regime put in place by foreign powers.