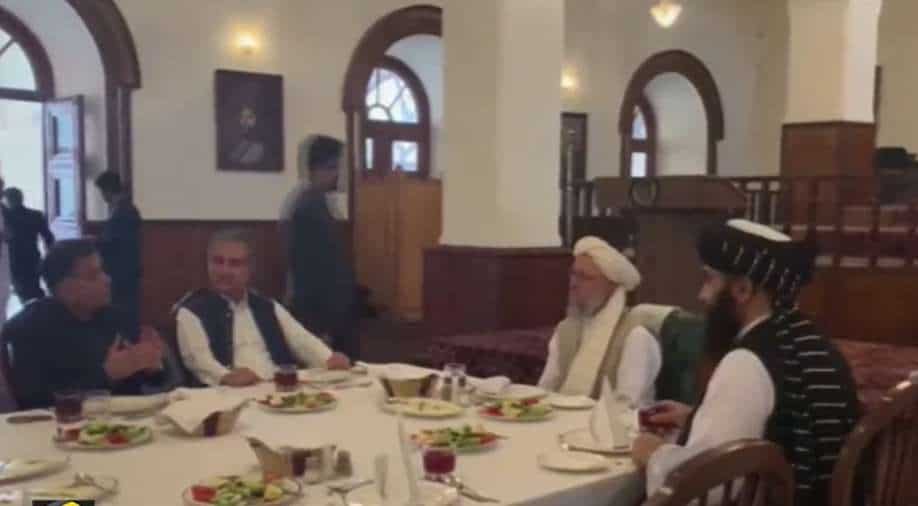 Qureshi was in Kabul to discuss the situation at Chaman border crossing Photograph:( WION )

The visit of Pakistan foreign minister Shah Mahmood Qureshi comes amid the long-standing border issue. The neighbouring countries have also been unable to solve issues over air links and control of freight crossing the border. Qureshi told WION exclusively that a delegation of Taliban members would be visiting Islamabad to iron out differences on a range of issues, including refugee crisis and border issues.

Amid continuing tensions on the border between Pakistan and Afghanistan, Islamabad’s foreign minister Shah Mahmood Qureshi held talks with Taliban leaders in Kabul. He spoke exclusively to WION, along with Afghanistan’s acting foreign minister Amir Khan Muttaqi, about the deliberations.

Qureshi told WION that a delegation of Taliban members would be visiting Islamabad to iron out differences on a range of issues, including refugee crisis and border issues.

Qureshi, who was accompanied by the outgoing chief of Pakistan’s Inter-Services Intelligence (ISI) Faiz Hammed, was in Kabul on Thursday to discuss the situation at the Chaman border crossing, one of the main trade transit points between Afghanistan and Pakistan. The crossing has been closed for more than two weeks, causing severe problems for truckers and exporters.

Calling the talks “successful”, Qureshi told WION, “We held discussion on all our issues, including refugee crisis and how to solve the border issue in the coming days. We will continue discussing these issues. In the next few days, a Taliban delegation will also visit Islamabad.”

Muttaqi, on the other hand, urged the international community to recognise the Taliban government, so that they can receive aid and resolve the present economic crisis plaguing the landlocked nation.

Also read | We will not let the Taliban access the money: US on releasing Afghan frozen assets

“We discussed bilateral trade, visa issues, education, scholarships, regional stability in the meeting. Due to our economic condition, we want international powers to recognise us, as we need their help in running the economic affairs. Economically, Afghanistan is facing a lot of challenges, we want and request the world to help us,” Muttaqi told WION.

The visit of Qureshi took place amid the long-standing border tussle. The neighbouring countries have also been unable to solve issues over air links and control of freight crossing the border.

Ever since the Taliban took over Afghanistan on August 15, the nation’s economy underwent a massive shock.

The United Nations has warned last month that the poverty rate in Afghanistan was soaring, and public services were close to collapse.

The IMF in its regional economic outlook update on Tuesday said that Afghanistan’s economy is set to contract up to 30 per cent this year and it is likely to further fuel a refugee crisis that will impact neighbours, Turkey and Europe.

The US froze $10bn of the country's central bank assets. Banks were closed for many days after the Taliban seized control, and while many have opened now, accessing cash is still difficult.

Many businesses shut down because their owners fled the country fearing for their lives. Many of those who had jobs haven't received salaries for months.

With no cash in the market, there has been a sharp rise in prices of day to day necessities including food. An already difficult situation created by war and drought has become much worse.

Women who had jobs and supported their families can no longer work and are now entirely dependent on handouts.