Cannes 2018: Mahira Khan looks breathtaking in a pastel saree on her first day at the festival 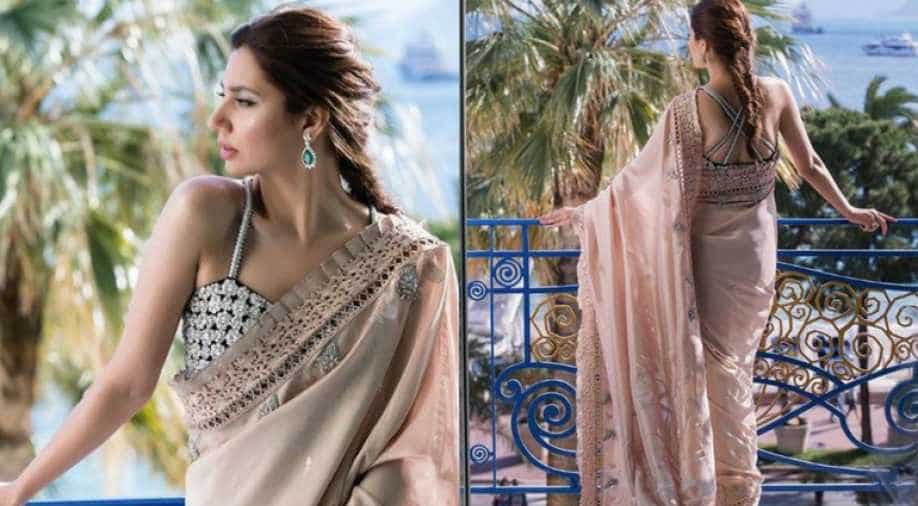 There is a huge representation of South Asia at Cannes this year.  After Indian beauties like Aishwarya Rai, Kangana Ranaut, Deepika Padukone, Huma Qureshi and Nandita Das making their presence felt at the French Riviera, it is now the turn of Pakistani star Mahira Khan to make her presence felt.

Khan is at the festival as a face of a beauty brand. On her first day at the festival, Khan opted for a saree in a pastel colour and combined with a heavily sequinned blouse which had a crisscross back.
Khan shared photos of her look on her Instagram page.

I don’t know how kids these days post so many pictures so quickly.. this is killin’ me! ( in a good way, in a good way.. ??) Thank you @menahelandmehreen @alieljewellers ?? P.S this was from last evening? @lorealhair @lorealmakeup #lorealparis #lorealcannes #lorealpkatcannes #cannes2018

For media interactions and photo ops, Khan chose breezy ensembles which fit perfectly as she posed near the sea.

While speaking to media earlier, the actress, who is a known face in Pakistan, stated how she was nervous about her red carpet outing and yet excited to represent her country at the International film festival. The actress also spoke about the impact of Me Too Movement in her country and why there was an urgent need to understand the core point of the movement.