Demonetisation: RBI says only Rs 10,000 a month can be taken out of Jan Dhan accounts 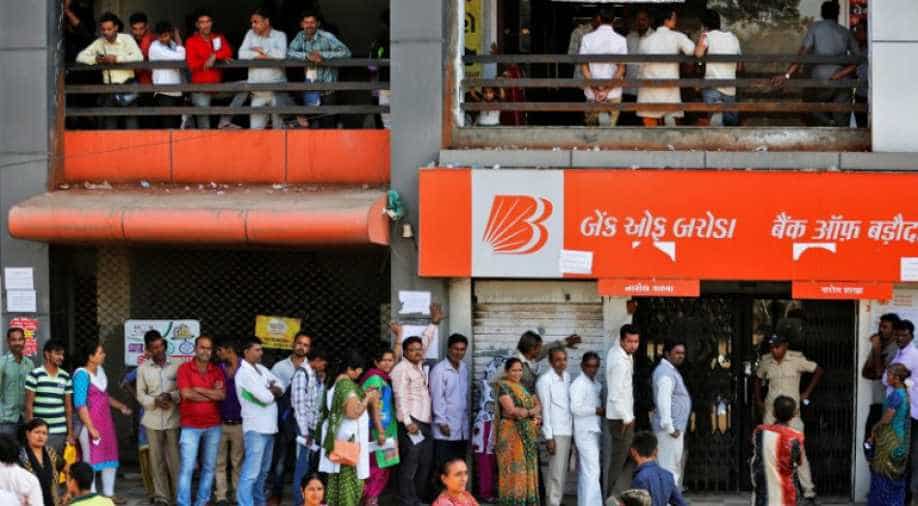 People queue to deposit or withdraw cash outside a bank on the outskirts of Ahmedabad, India Photograph:( Reuters )

The Reserve Bank of India has imposed withdrawal limits on Jan Dhan accounts held by farmers and the rural population, to avoid misuse of funds.

In the wake of the demonetisation move, Jan Dhan accounts under the Pradhan Mantri Jan Dhan Yojna (PMJDY), saw a flurry of deposits, many to the extent of Rs 49,000 (up to Rs 50,000 can be deposited without raising red flags in the income tax department). It was noticed by the government that the bank accounts of the rural population, many of which had remained zero balance accounts till the decommissioning of Rs 500 and Rs 1000 notes to check black money hoarders, had seen a sudden surge in deposits.

While the government had set a December 30 deadline to deposit or exchange the now-discontinued Rs 500 and Rs 1,000 notes, there was a Rs 2.5 lakh deposit limit after which an inquiry from the IT department would be on the anvil. It was suspected that many black money hoarders used the Jan Dhan accounts to deposit, and hence convert their money safely.

According to government data, deposits in Jan Dhan accounts rose to Rs 21,000 crore in days after the demonetisation move. According to a November 25 report by PTI, deposits in these accounts had climbed to Rs 64,250 crore.

For this, the RBI, in a circular on Wednesday, said, "With a view to protect the innocent farmers and rural account holders of PMJDY from activities of money launders and legal consequences under the Benami Property Transaction & Money Laundering laws, it has been decided to place certain limits, as a matter of precaution, on the operations in the PMJDY accounts funded through deposits of Specified Bank Notes (SBNs) after November 09, 2016."

In what is being called a temporary measure currently, the RBI has advised banks to allow withdrawals under the following conditions

I) Fully KYC compliant account holders may be allowed to withdraw Rs 10,000/- from their account, in a month. The branch managers may allow further withdrawals beyond Rs 10,000 within the current applicable limits only after ascertaining the genuineness of such withdrawals and duly documenting the same on bank’s record.

II) Limited or Non-KYC compliant account holders may be allowed to withdraw Rs 5,000 per month from the amount deposited through SBNs after November 09, 2016 within the overall ceiling of Rs 10,000.

Speaking about the spike in deposits in the Jan Dhan accounts in the aftermath of the demonetisation move, Finance Minister Arun Jaitley had said, "We are getting some complaints that suddenly monies have popped up in the Jan Dhan accounts, so there is a misuse and that is why the rationing in initial days takes place." He had cautioned that the departments concerned will act if anything improper is found in the deposits.