Demonetisation: PM Modi says things will get worse before they get better 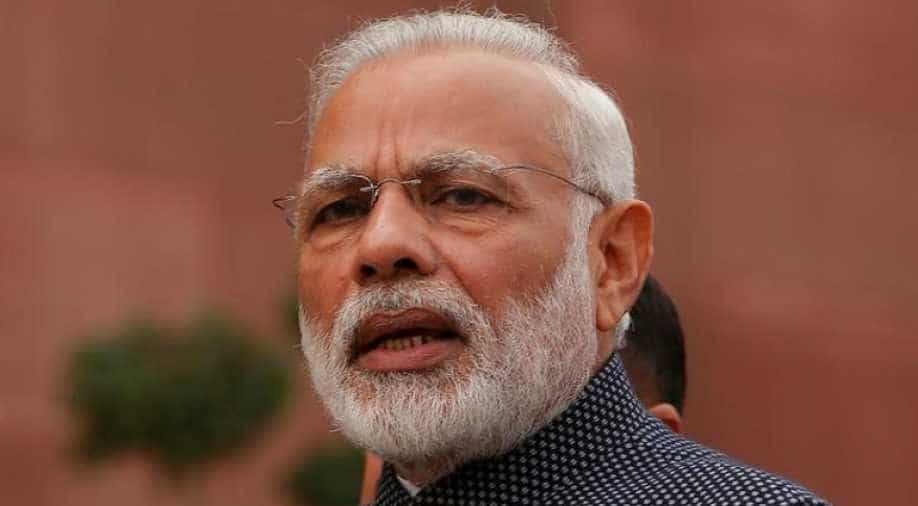 He also urged the people to go digital, not waste their time outside banks and ATMs. Photograph:( Reuters )

Prime Minister Narendra Modi said today that things will get worse before they get better. He was referring to the aftermath of demonetisation; there have been reports from around the country of people having to put up with tremendous hardship.

"I had said from day one this is not an ordinary decision. It is full of difficulties. It is a difficult decision and I had said a lot of hardships and problems will be faced," the Press Trust of India reported Modi as saying.

Despite the hardships, so far, the common man -- or at least many of them -- seems to have stood behind Modi and his promise of finding the black money hidden in the economy.

Modi was in Deesa, Gujarat, where he was inaugurating dairy plants.

The demonetisation, the PM said, will root out terrorism, corruption and fake currency.

"Demonetisation has broken the backbone of terrorism and Naxal movement. I am fighting against terrorism as fake currency is fuelling and funding their activities," PTI reported him as saying.

"Demonetisation is aimed at empowering downtrodden and honest people," he said.

He also slammed the Opposition for not letting him speak in Parliament, even after they demanded his presence in the house.

"Government has always said we are ready to debate. I am not being allowed to speak in the Lok Sabha (lower house). So I am speaking in the jan (people's) sabha," he said.

He added that corruption has always pained the common man, making his life miserable.

"Who is unhappy with corruption? Not those perpetrating corruption...it is the poor, the common citizens who are unhappy," he said.

He added that the "evils" of black money and corruption were slowing India's progress and adversely affecting the poor.

He further urged the people to go digital and not waste their time outside banks and ATMs.

The Prime Minister thanked the people for standing behind him and supporting his decision to demonetise India's 500- and 1,000-rupee notes.

"In spite of efforts by others to incite people, people have stood by me and supported the decision."

He assured people that they would see change in time.

He also took a jibe at the Congress, accusing it of looting the common man for 70 years, and vowed to continue fighting for the poor.

"You have looted the common man for 70 years and made it harsh for them to survive. I have come to fight for the poor and give power in their hands," he said.