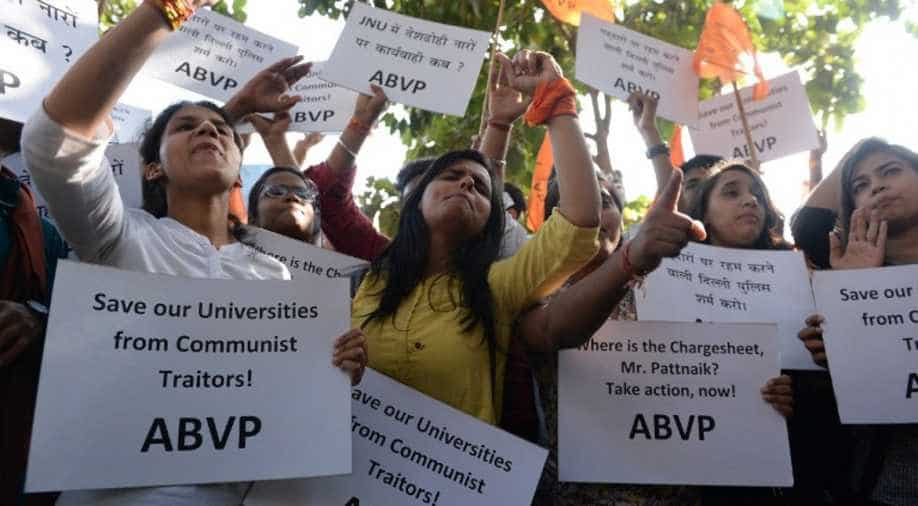 Delhi University continues to boil with Left students today deciding to join protests along with other students against ABVP's violence in the campus last week.

There were protests outside Ramjas College this morning as Delhi Police decided to further increase police personnel in the Delhi University campus area to keep the situation under control.

Students' Federation of India(SFI) have decided to march from Mandi House to Jantar Mantar, media reports said. There are nearly 1,500 students set to take part in the protest march.

ABVP students have decided to meet the Lieutenant Governor of Delhi Anil Baijal to demand action in three cases including threat to DU student Gurmehar Kaur who had protested against ABVP last week. Delhi Police had filed an FIR on Gurmehar's complaint that alleged ABVP members had made "rape threats" against her.

ABVP, which is the student wing of the BJP, had taken out a 'Tiranga' march on Monday, followed by another march yesterday calling for a ban on "anti-nationals".

Meanwhile, several students have decided to conduct peaceful protests in the campus.