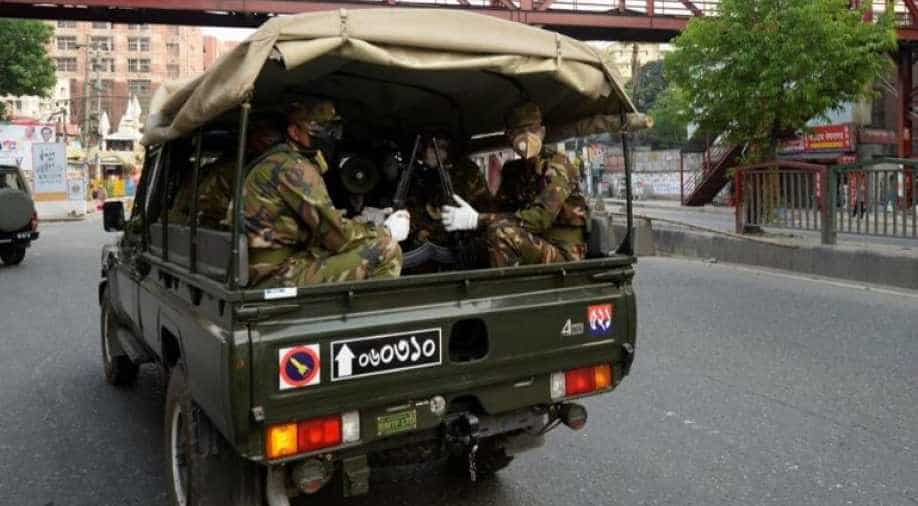 Thousands of police patrolled the empty streets of the Bangladesh capital on Wednesday as the government enforced a strict nationwide lockdown to combat a deadly new coronavirus wave.

Normally jammed with some of Asia's worst gridlock, Dhaka took on the air of a ghost town as officers set up checkpoints across the city of 20 million people to ensure no-one ventured out without a special pass.

But all festivities have been called off for the second year because of the coronavirus threat.

Bangladesh has been swept for the past month by a fresh coronavirus wave that has seen daily infections rise seven-fold and deaths triple.

Tens of thousands of people packed the last trains, buses and ferries before the lockdown came into force at 6:00am (midnight GMT).

A Dhaka police spokesman told AFP said he had only seen "a handful" of people on the streets on the first day of the transport ban, as well as the closure of offices and stores.

For eight days, people are only allowed out to buy food and medicines or for medical emergencies.

National police chief Benazir Ahmed ordered all officers to strictly enforce the measure in a call with police chiefs across the country of 168 million people.

"During the government restrictions, no one should step out of their homes unnecessarily," he said.

Coronavirus restrictions have also overshadowed the start of Ramadan in India and Pakistan.

Pandemic curfews are being enforced in many Indian cities as fresh cases again hit new highs, while the number of dead in one day rose above 1,000 for the first time since September.

Pakistan's government has ordered a shutdown of all but essential shops at weekends and the closure of markets at 6.00pm on weekdays.

The poor nation has also been hit by a new wave and authorities fear an acceleration of cases during Ramadan.

Many mosques ignored official pleas to host prayers outside and follow social distancing rules, as Muslims gathered ahead of the first fast.

Ikram Jan, 45, a school teacher in Rawalpindi, said he would pray at home to keep his family safe.

"Most worshippers do not have masks and all of them stand shoulder to shoulder, hundreds of people, that's very dangerous," he said.

More than 730,000 people in Pakistan have been diagnosed with coronavirus, but with limited testing in the country of 220 million people, the true figure is believed to be much higher.

It has recorded more than 15,000 deaths, with 130 reported Wednesday one of the highest daily tolls.