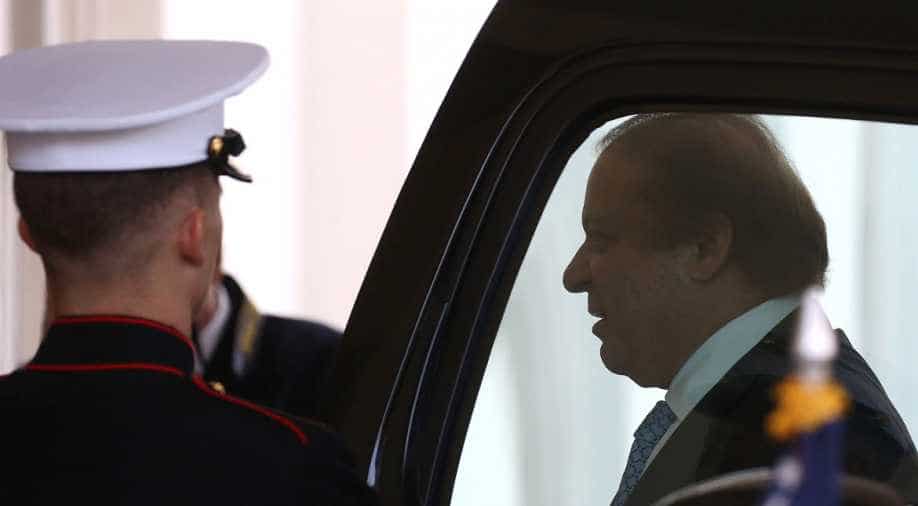 On November 14, Imran Khan had submitted in the Supreme Court documents containing details of alleged bank accounts held by Sharif's family and business ties with the Qatari royal. Photograph:( Getty )

While it was good news that Trump spoke to Sharif, the chat will do no favour to the premier in the Panamagate case, the Tehreek-i-Insaf Chairman tweeted.

Khan was referring to Sharif's telephonic conversation with Trump yesterday, during which the Pakistani premier congratulated America's president-elect on his recent victory in the US polls.

Trump told Prime Minister Sharif that he has a "very good reputation".

In a taunting reference to a letter by Qatari prince Sheikh Hamad bin Jassim bin Jaber Al-Thani, Khan said Sharif could not be saved from the Panama Papers scandal "even if a Trump letter arrived", Dawn reported.

The Qatari prince's letter was submitted in the Supreme Court in connection with the Panamagate case.

In the letter, the Qatari royal had described his father's business ties with Sharif's family and his involvement in the London apartments that are at the centre of the Panama Papers controversy.