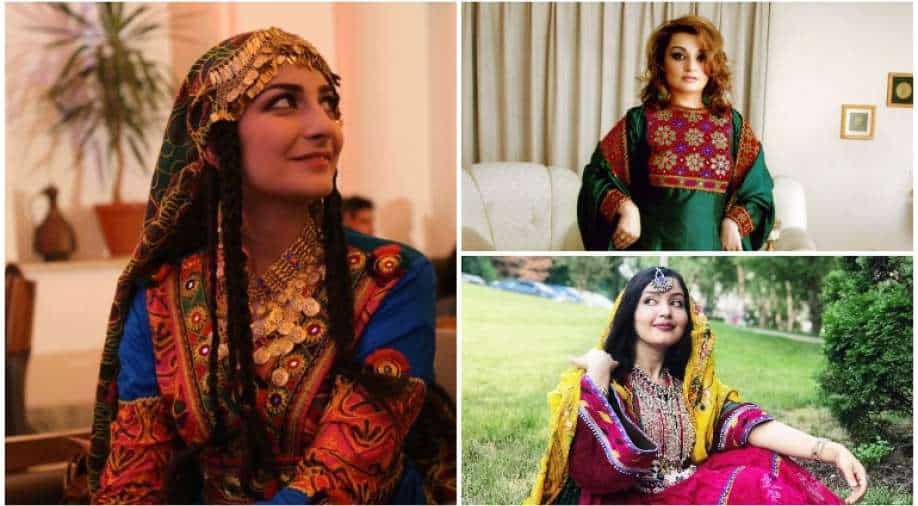 Taliban has made it compulsory for women to wear burqas. There is a strong sentiment against this among Afghan women

What represents a 'proper' dress? That too for a woman? Common sense dictates that it is she who will decide that and no other. But unfortunately, every culture in the world has its fair share of men dictating what's good/ proper/ admissible/ allowed for women. The list is endless.

Taliban's return to power has seen its all-male government deciding what women should wear in public. They are acting as self-declared custodians of Afghan women and think they have all the rights to dictate terms. They want Afghan women to wear burqa.

This is Afghan culture. I am wearing a traditional Afghan dress. #AfghanistanCulture pic.twitter.com/DrRzgyXPvm

Waslat Hasrat-Nazimi, head of Afghan service at DW News joined Dr Jalali and repeated the chant "This is Afghan culture"

Me wearing traditional Afghan attire in Kabul. This is Afghan culture and this is how Afghan women dress. @RoxanaBahar1 pic.twitter.com/fUZSqy4rRK

So how do Afghan women dress then? They ask.

This is how. If I was in Afghanistan then I would have the scarf on my head. This is as “conservative” and “traditional” as I/you can get. https://t.co/4fjoSUuJZY pic.twitter.com/VkQLQoBXDy

This is Afghan culture. My traditional dress #AfghanWomen

Thank you to Dr @RoxanaBahar1 for the inspiration.

Our cultural attire is not the dementor outfits the Taliban have women wearing. pic.twitter.com/i9wFASfWR6

"...the black burqa has never been part of the Afghan culture"

This is our Afghan authentic dress. Afghan women wear such colorful and modest attires. The black burqa never has been part of the Afghan culture. #FreeAfghanistan🇦🇫 pic.twitter.com/v9LIbcvklG

This is how #Afghan cultural dress for women look like. #Afghanistan https://t.co/mcikMUHilQ pic.twitter.com/XPZfstkGc8

This is how #Afghan cultural dress for women look like. #Afghanistan https://t.co/mcikMUHilQ pic.twitter.com/XPZfstkGc8

When we talk about Afg clothing, we mean ds beautiful clothing that we have inherited from our elders for centuries.
We meant this beautiful Afg dress that we have always been supported by the Afghan community by wearing it & we have been accepted in every part of the territory. pic.twitter.com/qSETchvg1e

This is how Afghan girls/women dress,
The polar opposite of that radical Arab dress code for women.

Many men, pretending to be of 'open minded' sort, proudly proclaim that they let their sisters, wives do certain things. The question is, who put the men on this perch? Who are they to 'let' or 'allow' women to do anything? Who is anyone to dictate terms to anyone?

In today's Afghanistan sadly, these questions find limited resonance in the ruling class.