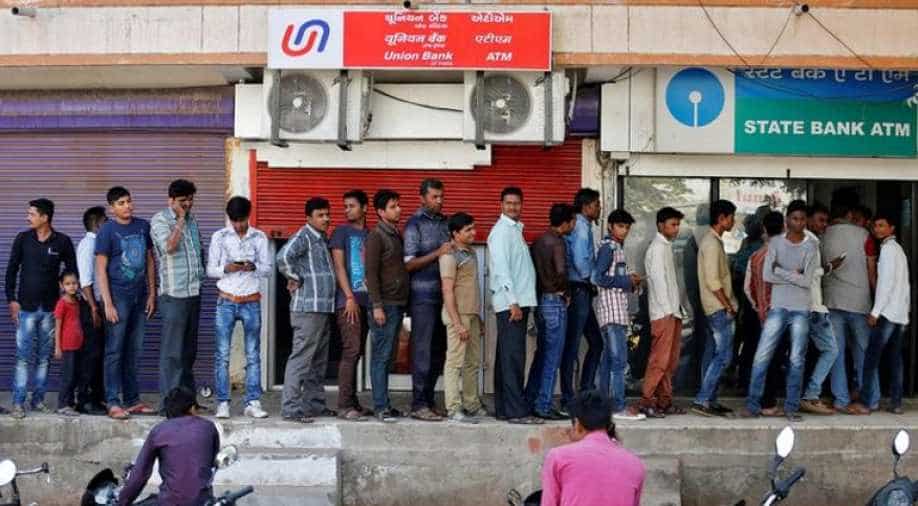 The unions have demanded to ensure supply of adequate cash to all banks and branches, restore all ATMs without further delay and ensure transparency in cash supply to banks. Photograph:( Reuters )

The agitational programmes that they plan to undertake include demonstrations on December 28, followed by the unions addressing a letter to Union Finance Minister Arun Jaitley on December 29, the two bank unions said. The union members also plan to demonstrate over the issue on January 2 and 3, 2017.

AIBEA general secretary C H Venkatchalam and his AIBOA counterpart S Nagrajan in a statement issued today said, "As per the call of our organisations, already our units have undertaken the programme of demonstrations in all major centres and met the local executives of RBI to hand over our memorandum".

The unions have demanded to ensure supply of adequate cash to all banks and branches, restore all ATMs without further delay and ensure transparency in cash supply to banks.

"If RBI is not able to supply adequate cash to banks, then decision should be taken to suspend cash transactions in the bank branches till sufficient cash is supplied to banks," the statement said.

They also demanded CBI inquiry into the cases of seizure of huge number of new currency notes with some big persons when the bank branches are cash starved. The unions also demanded compensation to the families of the persons and bank staff who lost their lives recently due to the demonetisation.

The statement asked RBI and state governments to ensure safety and protection of bank employees and officers by maintaining law and order in all branches to prevent harassment of the staff.

They also want proper compensation to employees and officers for their extra work/late sittings done since November 8. Both the unions claim to have over 5.50 lakh members out of the nearly 9 lakh bank employees in the country.