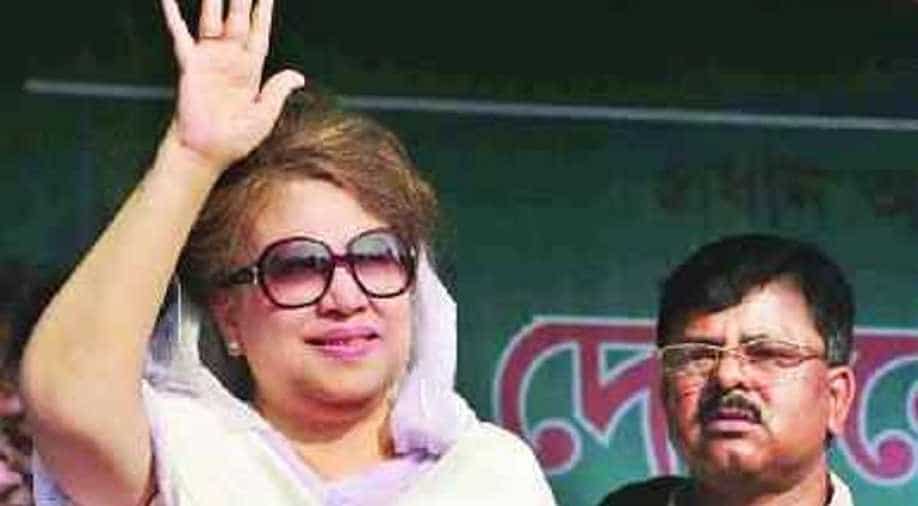 Zia had filed nomination papers from three constituencies -- two from northwestern Bogra and one from southeastern Feni -- for the December 30 polls, but the returning officers of the two districts scrapped her nominations as she was convicted by the court, an EC spokesperson said.

Nearly 104.2 million people, including some 51.6 million women, are registered as voters. They will elect 300 representatives to Parliament through the balloting in about 40,199 polling stations.

As per election rules, a candidate declared unfit to contest polls can appeal to an EC tribunal for revised decisions or could challenge the commission decision to the High Court.

Besides Zia, the nomination of 15 high-profile candidates were also disqualified on different grounds, the spokesperson said.

Zia has been in custody since February 8, when the Dhaka Special Court convicted her in the Zia Orphanage Trust graft case and sentenced her to five years of imprisonment for embezzling 21 million Bangladeshi Taka (252,504) in foreign donations meant for the Trust. On October 30, the High Court doubled her jail term to 10 years.

On October 29, a trial court convicted her in the Zia Charitable Trust graft case and sentenced her to seven years in prison and imposed a fine of Tk 1 million (12,024).

Zia was made vice-chairperson of the Bangladesh Nationalist Party (BNP), the largest political opposition of the country, in March 1983 after the assassination of her husband. She became chairperson of the party on May 10, 1984, a post she is holding till now.

In her 35 years of political career, Zia went to the jail several times.

During the 2007-2008 tenure of the army-backed caretaker government, she was in jail for about a year on charges of corruption.

The BNP continued to remain in a state of political disarray with Zia in prison and her "fugitive" elder son Tarique Rahman, who is the vice chairman of the party, staying in London after a Dhaka court recently sentenced him life imprisonment for masterminding a deadly attack on a political rally in 2004.

The BNP, which boycotted the 2014 elections under Prime Minister Sheikh Hasina-led Awami League (AL) government over fears that it would be rigged, has set up an alliance with the newly formed National Unity Front (NUF) led by eminent jurist Kamal Hossain.

Bangladesh politics is deeply divided, with rivals Hasina and Zia, popularly referred to as "Battling Begums", ruling the country alternately since 1991, when democracy was restored in the Islamic nation.